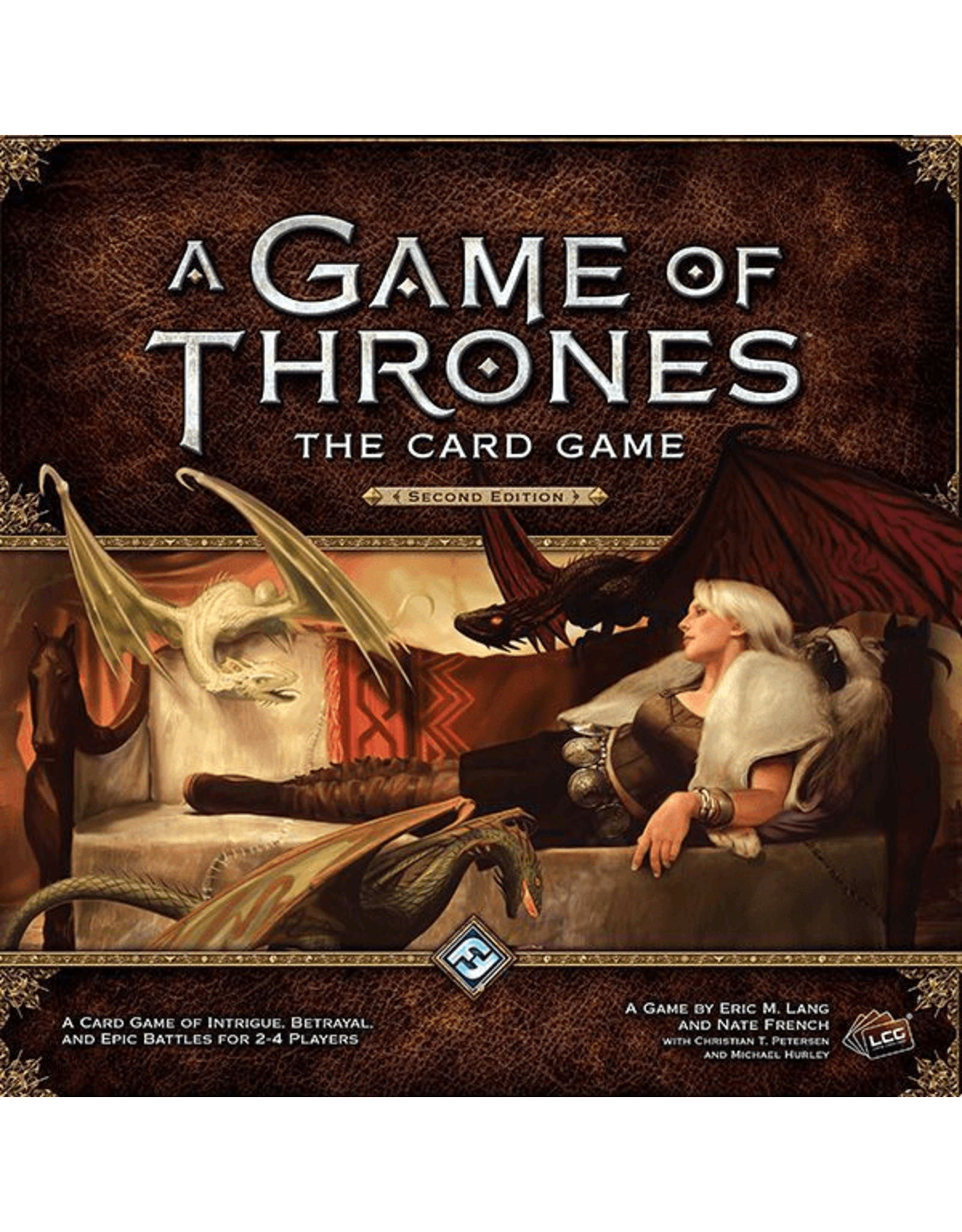 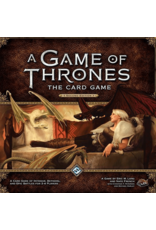 In A Game of Thrones: The Card Game, the warring factions of Westeros await your command, inviting you to engage in a life-or-death struggle. In every game, you select devious plots and challenge your opponents on the field of battle, through back alley intrigue, and in the political arena. Whether you play a against a single opponent, in a game known as a joust, or engage in a battle of three or more players, called a melee, winning challenges against your opponents is the way to victory.

Your ultimate goal in A Game of Thrones: The Card Game is to gain influence over the greatest seat of power in Westeros: the Iron Throne! To achieve this goal, you must call upon iconic characters, such as Tywin Lannister, Robb Stark, Stannis Baratheon, Daenerys Targaryen, Euron Crow's Eye, The Red Viper, and dozens of others. You must maneuver the members of your House and your allies in a constant battle to gain power. The first player to claim fifteen power wins!