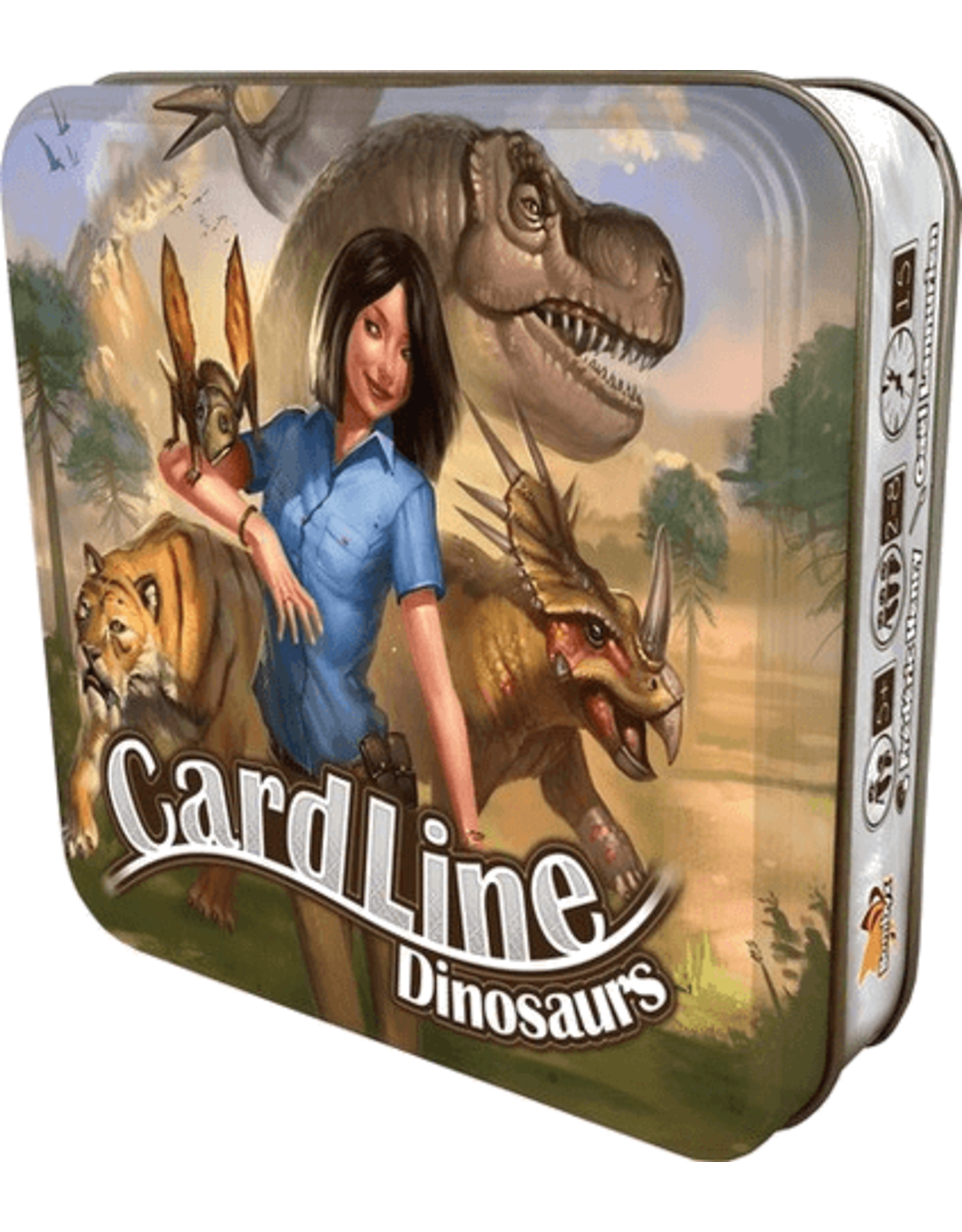 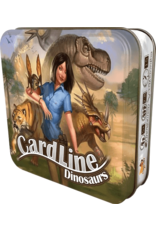 Cardline: Dinosaures is similar to Cardline: Animals — but with dinosaurs! It is a card game played with approximately 100 cards. Both sides of each card depict a dinosaur, its name, its geographic place, while its average length and weight are printed on only one side of the card. For each game, players decide before playing whether they're comparing dinosaur lengths or weights.

The first player to get rid of all their cards by placing them correctly wins.