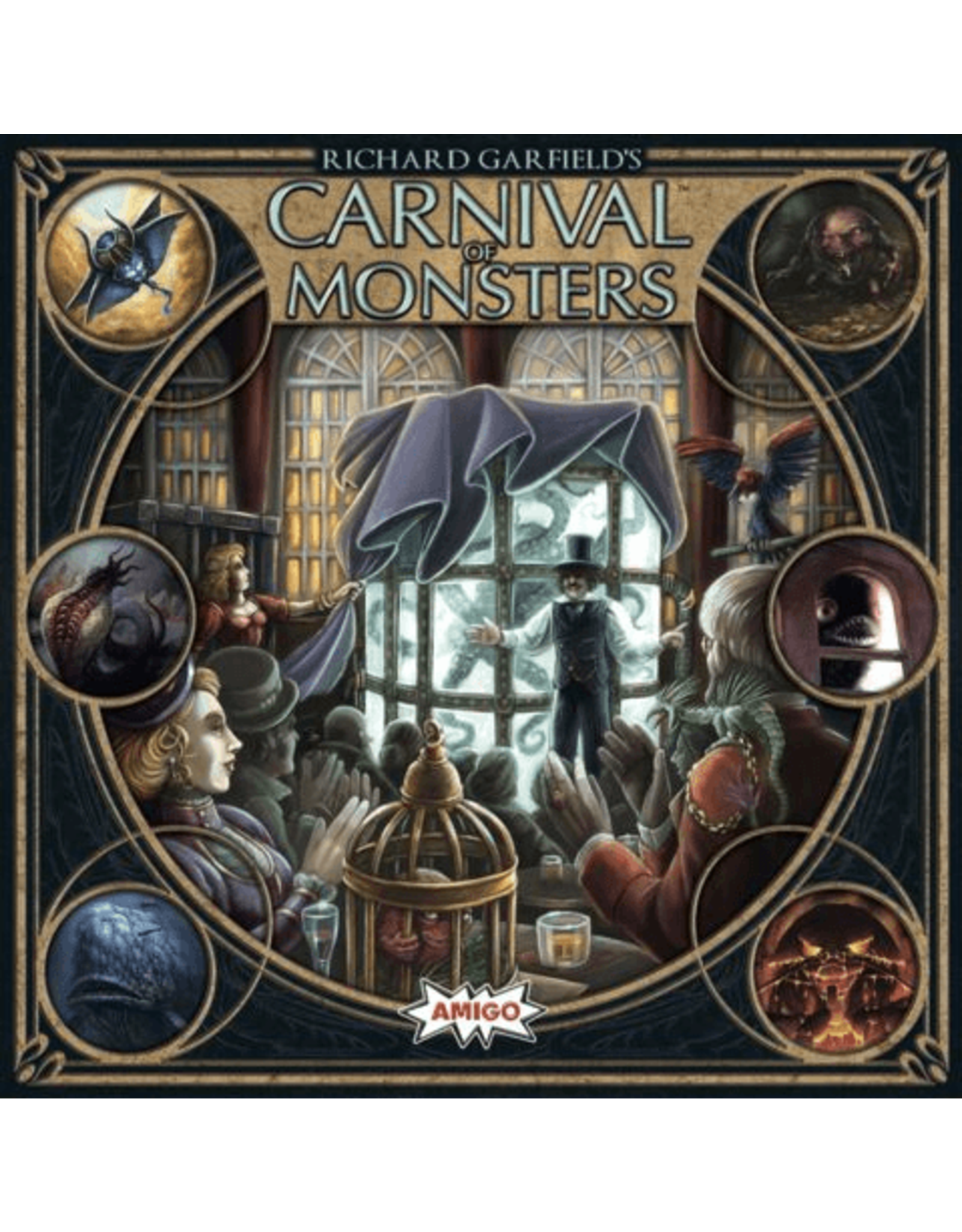 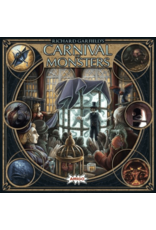 The Royal Monstrological Society counts among its members the most renowned and respected experts in monster lore throughout the entire empire. Each year the Society permits only a single new member to join, so applicants compete to prove their worth with the most magnificent menagerie of monstrous beasts they can find... and capture.

To aid in these quests of discovery the Society grants every aspiring monstrologist a small stipend, which they can use to hire additional experts and fund their journeys to the magical lands where the most exotic beasts reside.

After four seasons of hunting, would-be members present their collections at the organization’s annual banquet, an event known as the "Carnival of Monsters".

Carnival of Monsters is a card-drafting game in which players try to collect sets of Land Cards so they can capture and display strange and exotic Monsters, hire talented Staff to help run their enterprise, and pursue their own Secret Goals. Points are awarded for displaying Monsters, completing Goals, and earning Gold Crowns (Crowns) over four “Seasons” of play.

In the end, the player with the most profitable and spectacular carnival is the winner!