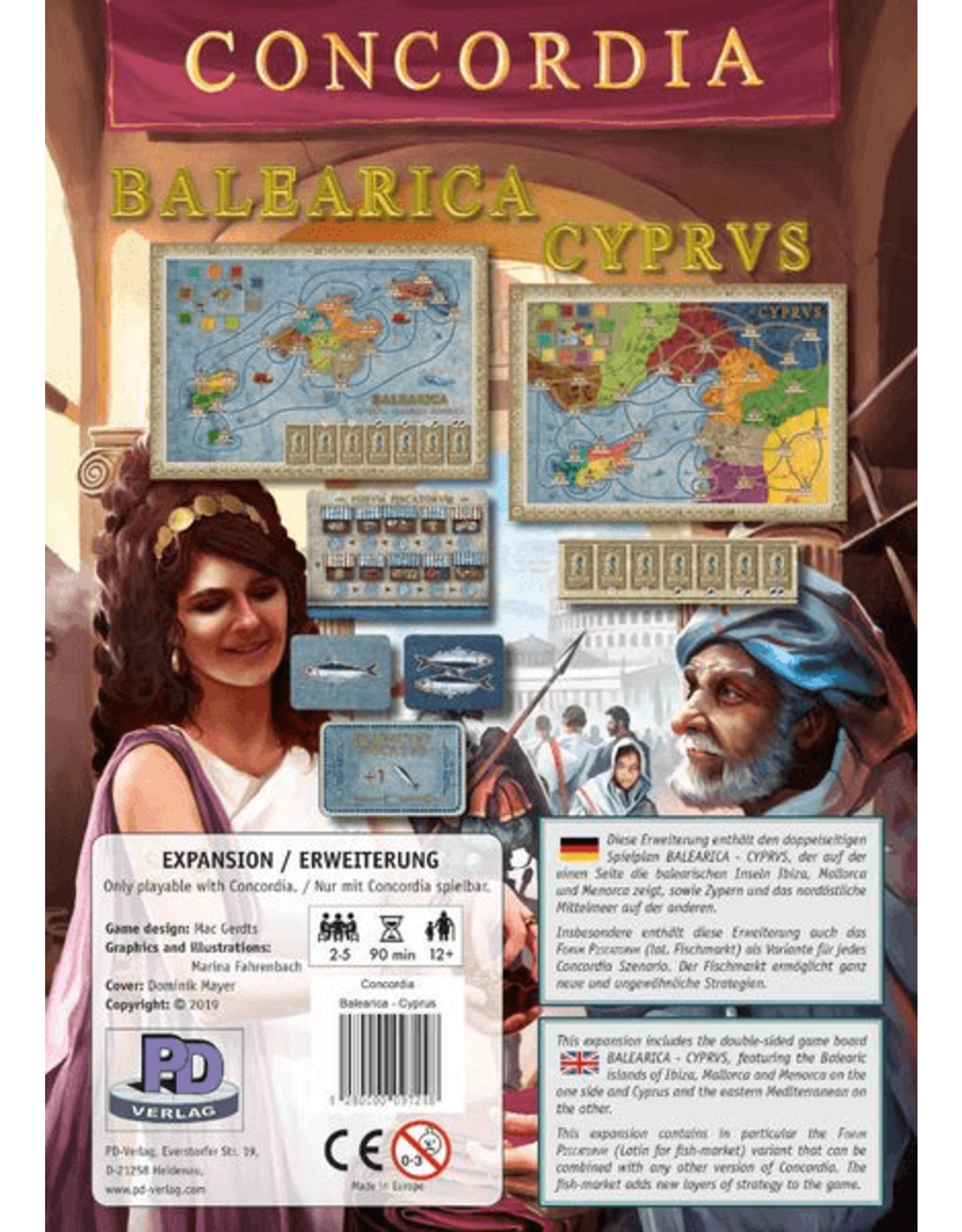 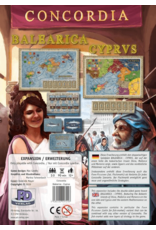 Each player starts with two ships already at sea. There is no capital city to start from. Land colonists are built only later in the game, but can switch their position between the islands.

As an extra, Concordia: Balearica comes with a fishmarket. The fishmarket may be combined not only with the new BALEARICA map, but also used as a variant together with the base game or any other CONCORDIA map.

As a new commodity, fish replaces the ordinary bonus units you usually collect when playing your Prefect. The bonus is doubled up to 2 fish in provinces which have failed to produce in the last round. Sell your fish on a separate fishmarket, where you can get either goods, cash, or special actions in return. This way the fishmarket offers an extra layer of planning ahead, and new challenges for the experienced CONCORDIA player.