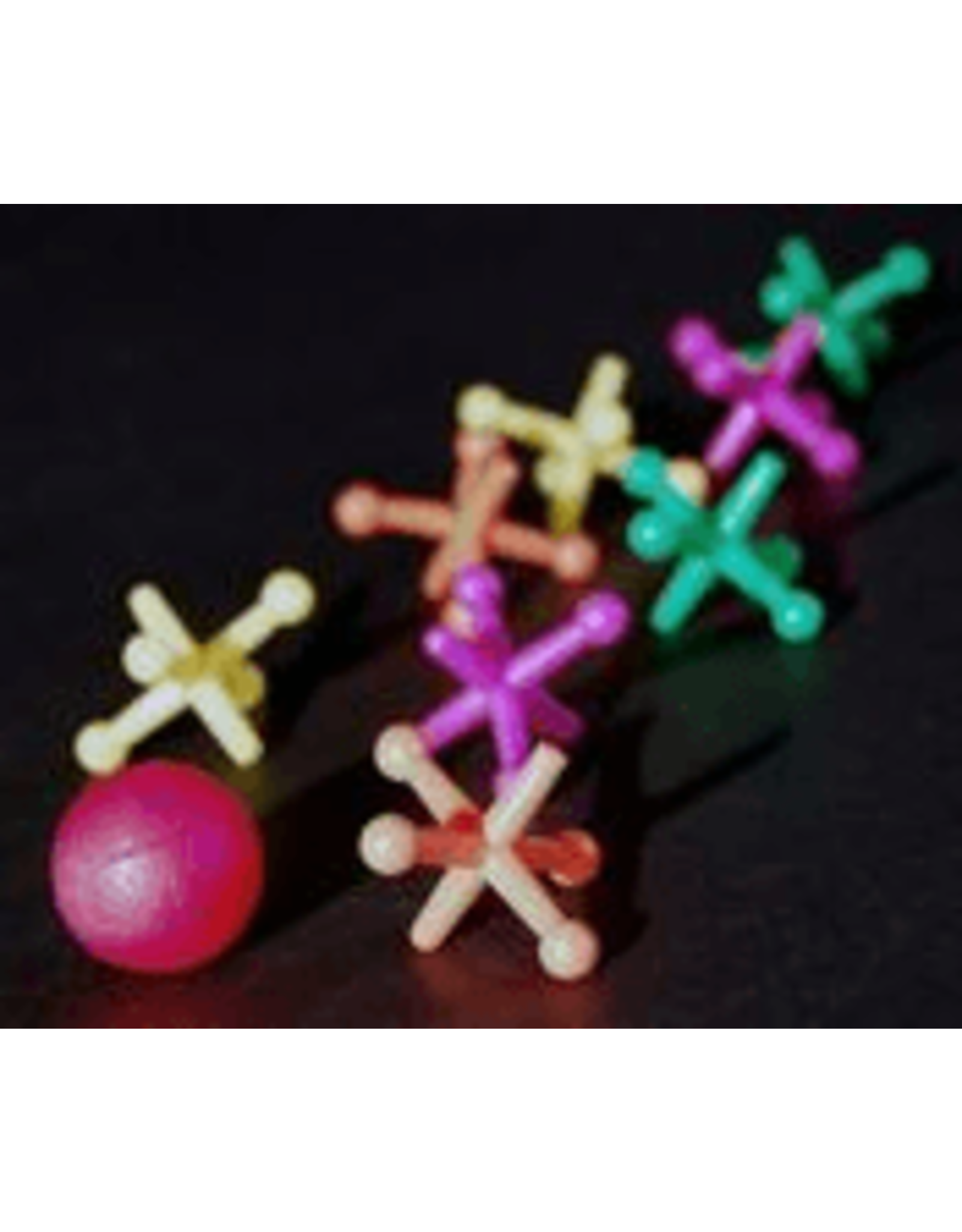 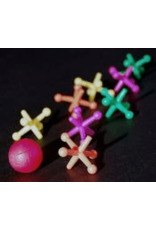 Played with 10 jacks and a small rubber ball, players take turns trying to pick up all 10 in one turn.

Toss the jacks onto the floor. If any land stacked on top of each other, forfeit your turn. Otherwise, toss the ball up into the air and pick up a group of jacks. Make sure to catch the ball after exactly one bounce, otherwise your turn is over!

When picking up groups of jacks, players must first pick them up one at a time. Then two at a time, then in groups of three, continuing on until all 10 jacks must be picked up in one group! If at any time, the player picks up the wrong number of jacks, touches jacks not in the group, or fails to catch the ball, their turn is over and play passes to the next player. Once play gets back to you, start again at the last grouping you attempted. First player to get all 10 jacks in one group wins!