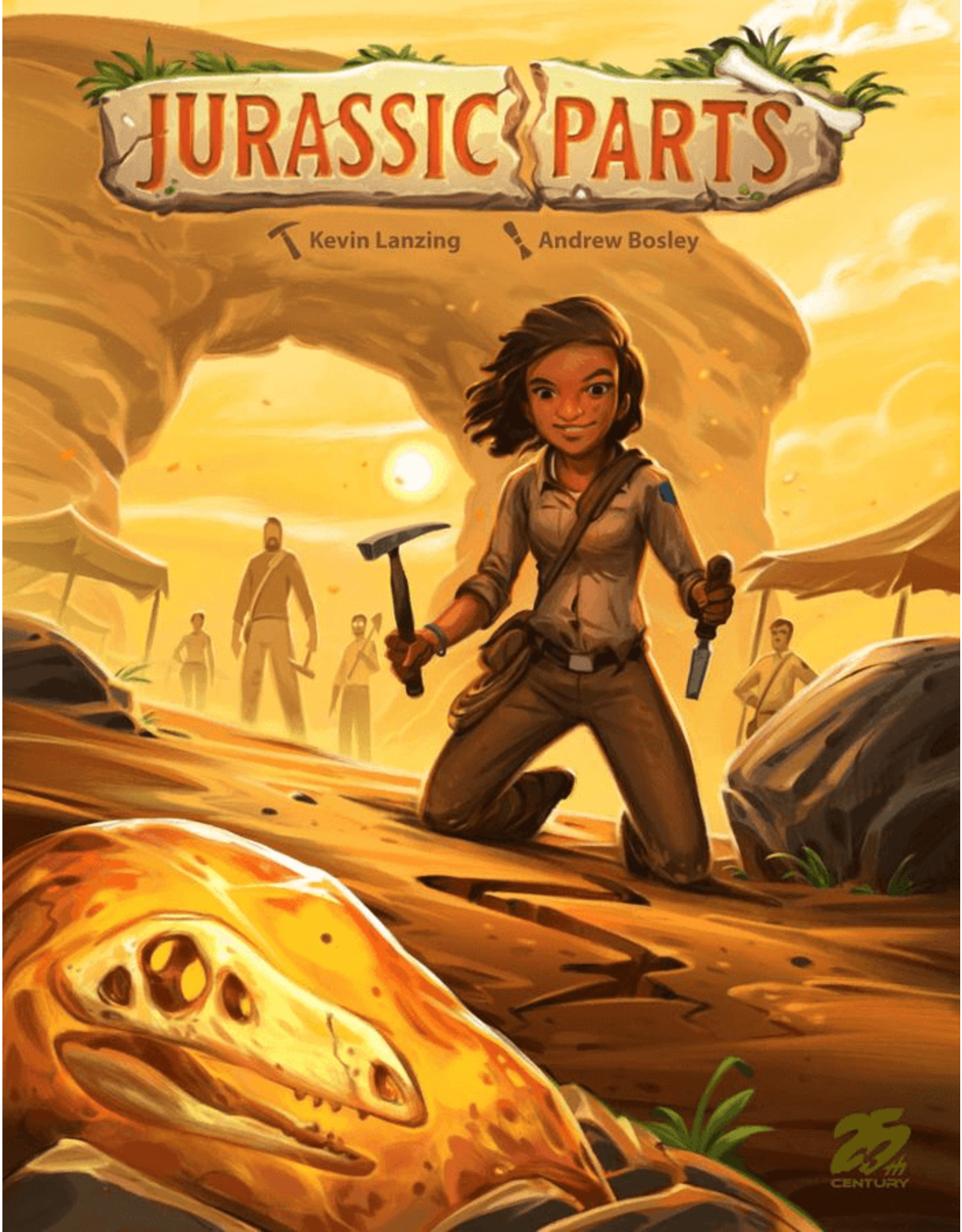 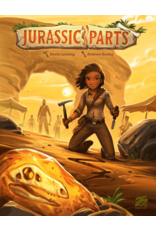 WELCOME, PALEONTOLOGISTS!
This is it! The field assignment you’ve been preparing for your entire life!

Over a dozen dinosaur fossils lie buried in a huge slab of rock.

Time and the relentless forces of geology have mixed up the bodies, but that’s a small problem for your team. For now, sharpen your chisels and ready that hammer! It’s time to get cracking and liberate the precious fossils from their rocky tomb. For the good of science (and your own reputation) be sure to claim the biggest and best fossils for yourself!

Jurassic Parts is a game of area control for 2-5 players. All players have access to the
same slab of rock. The goal is to split it apart and claim complete dinosaur
skeletons, the bigger the better!

Who wouldn’t want a Tyrannosaurus rex in their living room...or in a museum, if the price was
right.

How to Play:
Players will take turns placing their sharpened chisels onto lines around the hex tiles, which are laid out in a single slab. Once a section of the slab is broken off from the rest of the rock hex tiles, it is divided up among the players who helped contribute to the break. Broken off tiles are assembled by the players who collected them into various dinosaur fossils, with varying point values. Once all of the tiles have been collected by players, the totals of all the completed fossils are tallied up with the highest score winning!