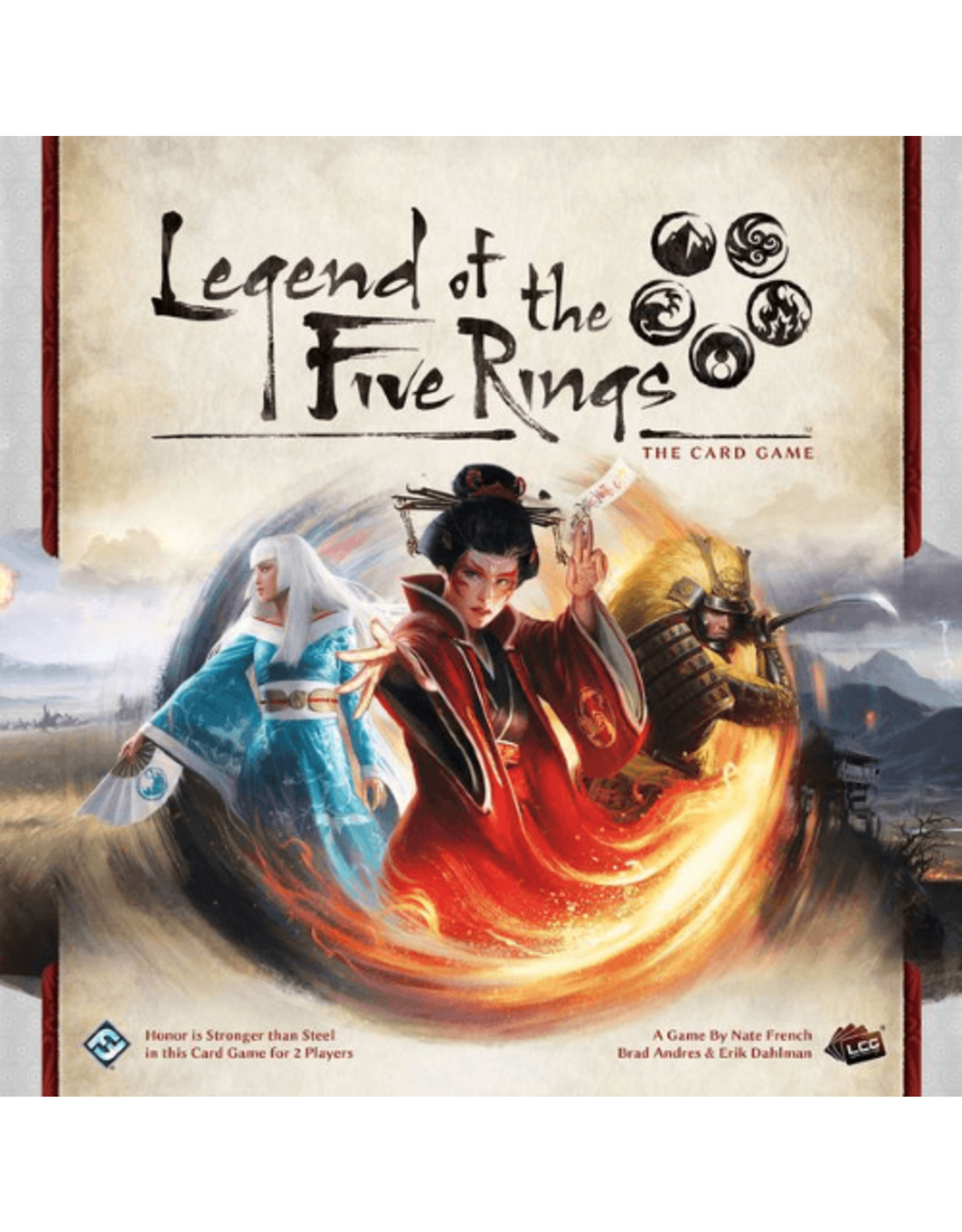 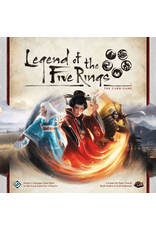 In Rokugan, the clans serve the Emperor and engage in courtly deceptions and power plays, even as they wage war against each other and the evil forces that plague their realm. This is the world of Legend of the Five Rings!

Legend of the Five Rings: The Card Game is a Living Card Game set in the world of Rokugan, the original setting for the Legend of the Five Rings collectible card game. To play a Living Card Game, players create individual decks of cards from a base game with a fixed set of cards; they can then add supplemental card packs to this game world, with each pack also having a fixed set of cards, in order to vary their game experience.