Lord of the Rings LCG

Home / Lord of the Rings LCG 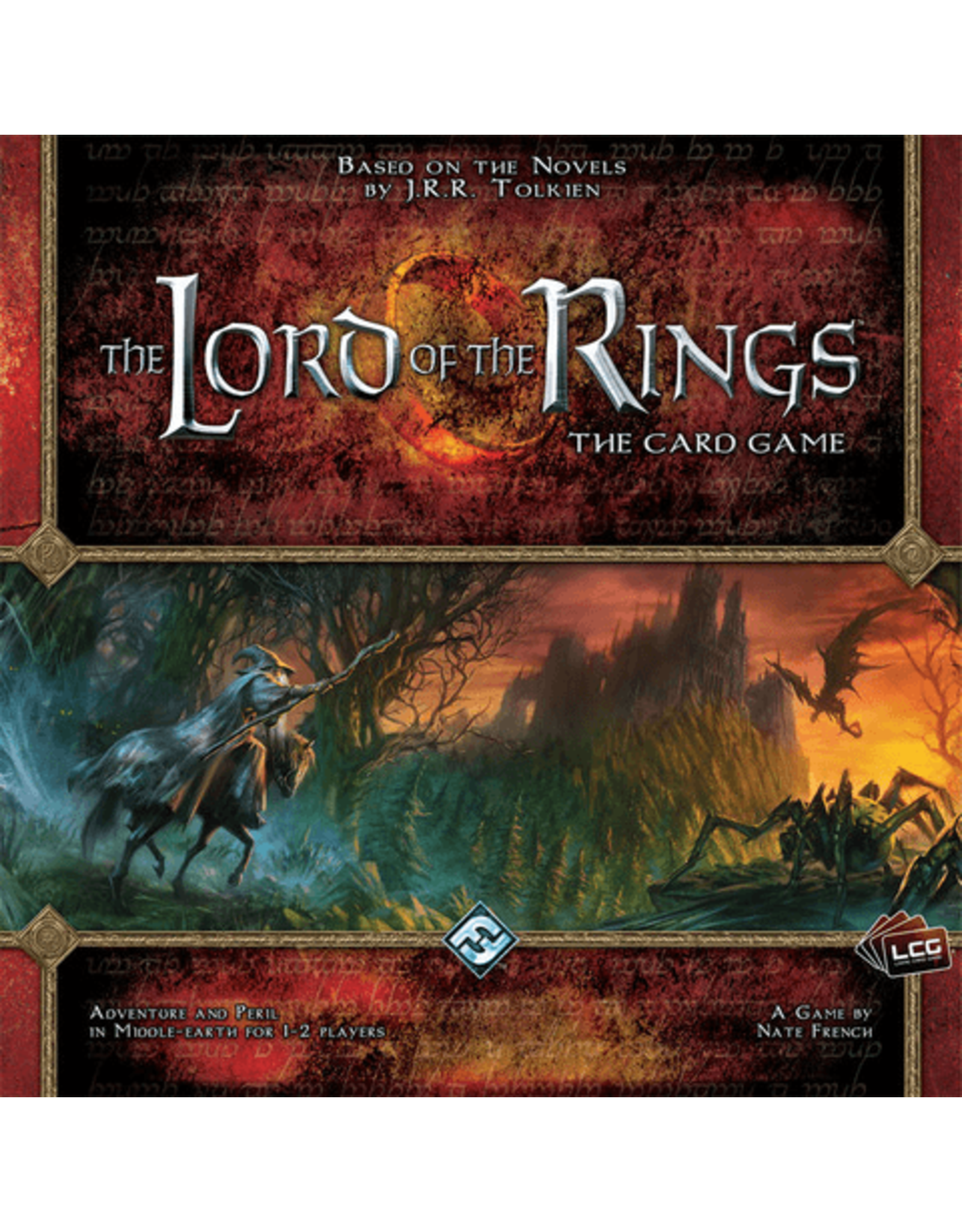 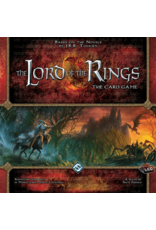 The Lord of the Rings: The Card Game is a cooperative adventure game in which the players attempt to complete a scenario, each with three heroes of their choice and a deck of allies, events and attachments to support them. Each round, players send their heroes and allies to quest or to fight with enemies that engage them. However, as the heroes and allies exhaust after questing, defending, or attacking, the players' options are typically insufficient to deal with everything at once. Therefore, players need to determine whether it is more urgent to quest and make progress in the scenario while the enemy forces gain power, or to take down enemies while making no progress, not knowing what will come next.

The Lord of the Rings: The Card Game is the base game of a Living Card Game for which new adventure packs are released monthly. The base game contains three scenarios, twelve famous characters from the works of J.R.R. Tolkien (including Aragorn, Legolas, Gimli, Denethor and Eowyn), and four pre-constructed player decks. Players can either use one of these decks or construct their own deck to increase their chances to be succesful in the more challenging scenarios. The monthly adventure packs contain a new scenario, a new hero, and new player cards to be used in their deck. The base game is for 1-2 players, but with an additional base game the scenarios can be played with up to four players.

Although this game is set in Tolkien's Middle Earth, the scenarios do not represent scenes from the books, but rather take place in the seventeen years from Bilbo's 111th birthday until Frodo's departure from the Shire.

The scenarios from saga-expansions do represent scenes from the books. Saga-expansions will form the Campaign Mode so that you can play all the saga quests that deal with the trilogy (+ Hobbit) together in one marathon campaign.