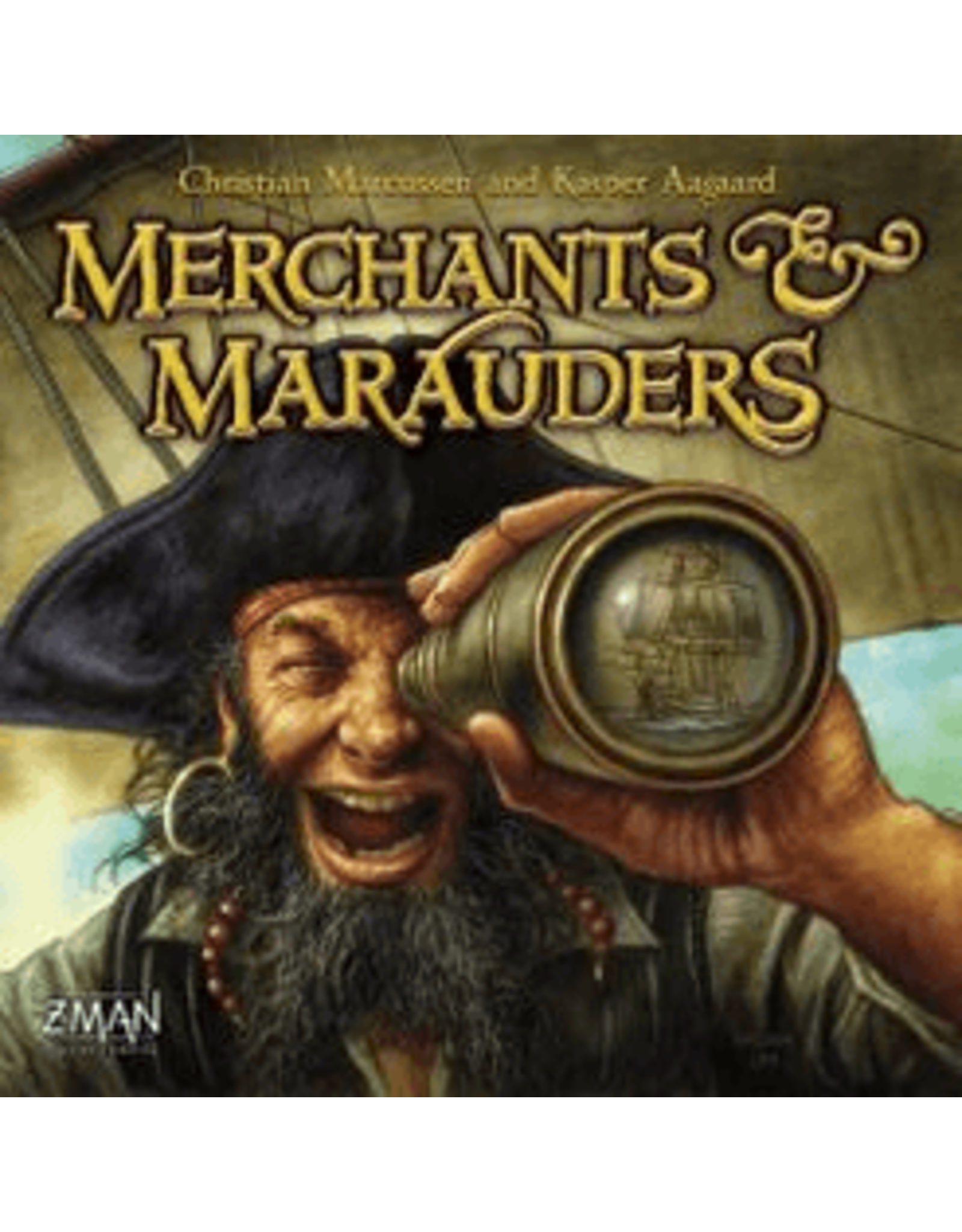 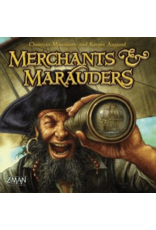 Merchants & Marauders plunges you into the world of the Caribbean during the Golden Age of Piracy, where you can chart your own course to glory. Take command of your ship and live the life of an influential merchant or become a dreaded pirate. The choice is yours. Earn a fortune shipping bananas, sugar, and rum from port to port. Or plunder peaceful merchant vessels and relieve them of their gold and goods. Or make a name for yourself hunting rumors from Nassau to Cartagena. Only one player can gain eternal glory.

A pirate is only as good as his ship, and you decide how to outfit your vessel. With sixteen unique captains, each with his or her own unique abilities, Merchants & Marauders invites a wide range of play styles. Work to your captain’s strengths as you modify your ship, outfit it with deadly special munitions, and hire specialized crew members. Do you a create a nimble ship suited to piracy, or do you sacrifice speed to add space for extra cargo? No matter what you choose, your mastery of the seas will become clear as you purchase larger and more powerful ships, eventually upgrading from a lowly sloop to an imposing galleon.

The choice between merchant and marauder is a difficult one, as both avenues come with risks. Playing as a merchant leaves you vulnerable to attack from pirates. But if you choose a life of piracy, all your raiding eventually leaves you with a bounty on your head. When this happens, you’ll have to dodge the authorities—as well as other players—if you want to continue your pirate career. When it comes to combat, Merchants & Marauders has a deeply thematic system that allows for critical decisions and intense excitement. Fire on your opponent’s ship or board them and fight man to man. The risks are great, but the rewards are greater!

Each game of Merchants & Marauders presents a unique world for you and your friends to inhabit. Every turn brings new drama in the form of events that provide the backdrop to the action taking place on the board. A violent hurricane could rip through the Caribbean, or war could break out between two naval powers. Whatever events unfold, the most cunning captains will adapt and bend the situation into their favor.