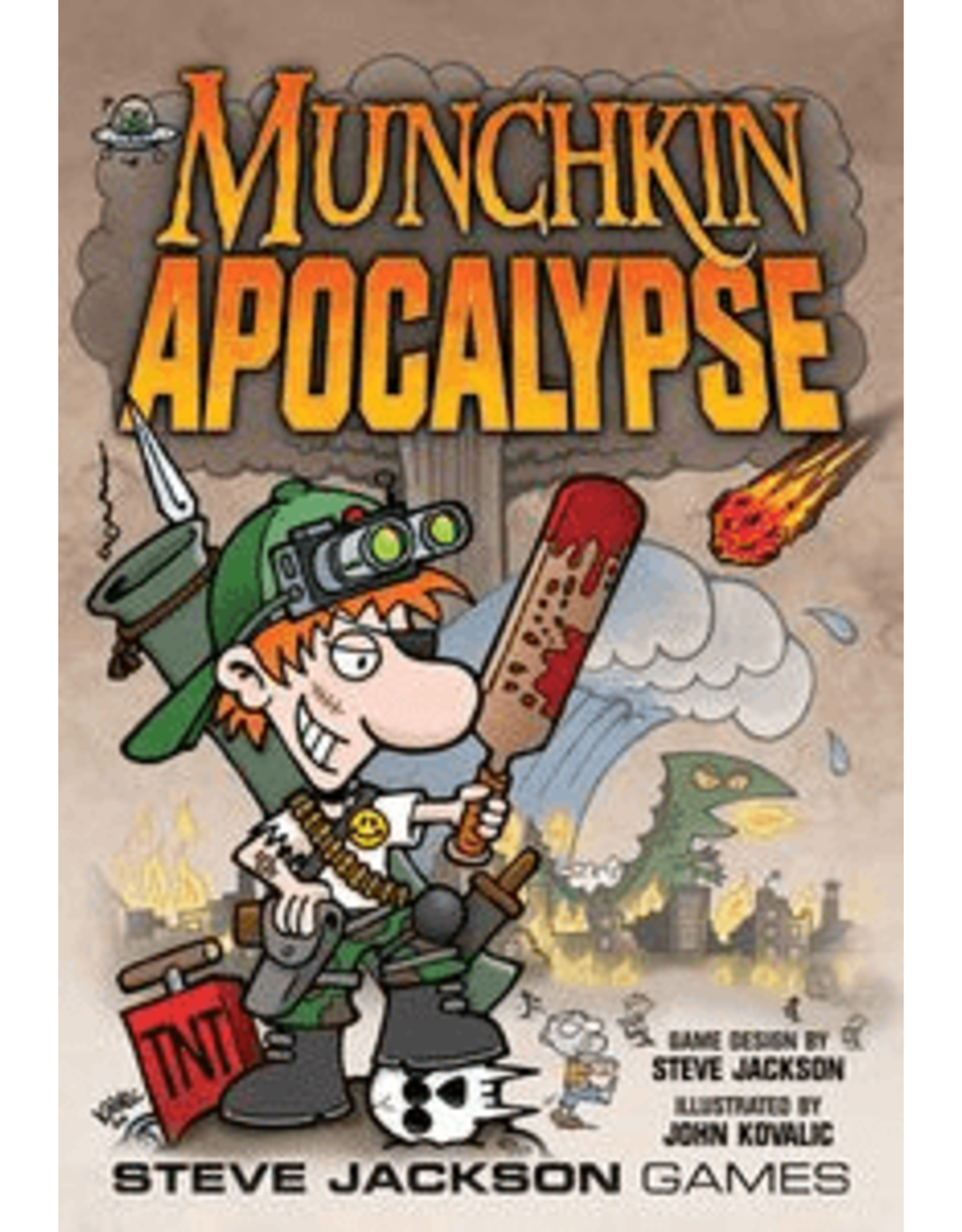 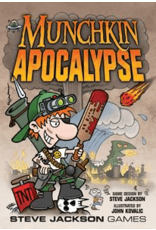 Munchkin Apocalypse is a core set in the Munchkin series with an end of the world theme that includes natural disasters, zombie takeovers, Armageddon, alien invasions, nuclear war, etc. And while this is still a standard Munchkin game where you try to level up by killing the monsters, stealing the treasure, and stabbing your buddy, there's a new "Seal" mechanic that significantly changes the gameplay.

Seals are a reference to the biblical seals of the Apocalypse. They can be opened and closed, although it's typically more difficult to close them. Once seven Seals are open, the game ends immediately, and the player with the highest combat strength (excluding levels) is the winner. The Seal mechanic adds a sense of impending doom to the game, meant to mimic the sense of impending doom for a real apocalypse. It also tends to create situations where the group works together to close a Seal in order to prevent a player from winning via the Seal mechanic. So there is more teamwork than in a regular Munchkin game.

The balance of the deck is also different than the other Munchkin sets. There are a lot more Disaster cards, which are equivalent to traps and curses, so bad things tend to occur more frequently. Also, there are more monsters, especially high-level monsters. To offset this, however, there are more item enhancers and high-bonus items. It's been stated in the Munchkin forums that Munchkin Apocalypse is harder to play and is intended more for seasoned Munchkin veterans.

Munchkin Apocalypse has four new classes but does not have races, powers, or other "thingies". It includes Undead and Shark monsters, which follow special rules.

The game comes with 180 cards (92 Doors, 76 Treasures, 12 Seals). The Seal cards are a different size than the regular cards--they're square and are shorter but wider (2.75" x 2.75"). The included d6 is orange with lime green pips, similar in color to the orange dice in the +6 Bag o' Radioactive Munchkin d6.