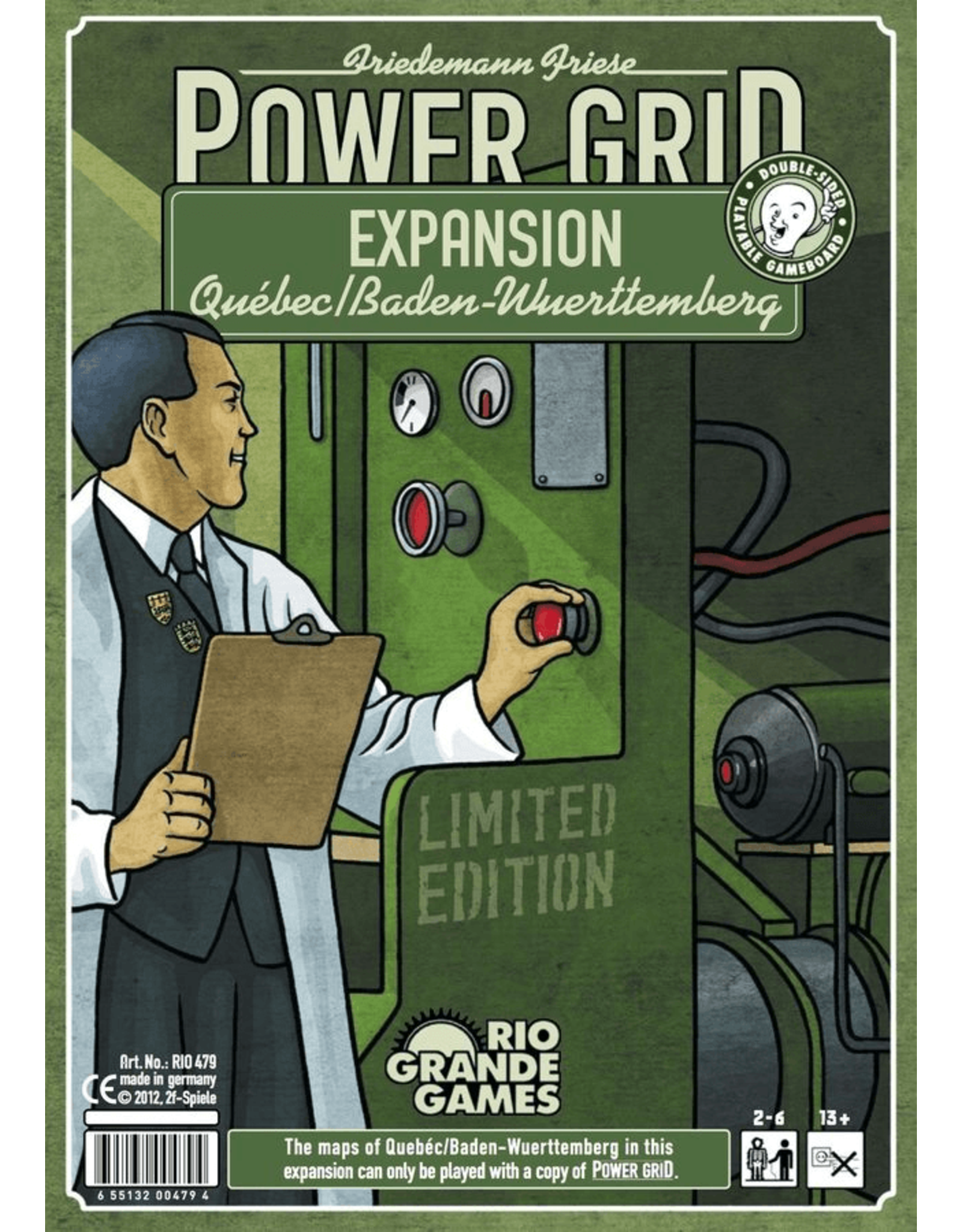 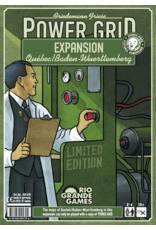 In Québec, the Canadian province Québec places great emphasis on energy production via ecological hydro power plants. Once an ecological power plant has been added to the power plant market, it will not be put on the bottom of the deck even if it is the highest plant - the highest non-green plant is put on the bottom instead. The two cities of Montreal and Québec City offer several cheap connections, making this map challenging with several layers of decisions for building the best networks.

In Baden-Württemberg, the clocks move differently: The main change focuses on the order of phases of a game round. First, you buy power plants, then you rearrange the player order. Furthermore, as this province is small, several transregional locations may only be connected once Phase 2 begins.

Only a single printing of Power Grid: Québec & Baden-Württemberg will be produced, although the Québec map will remain available in Mégawatts.