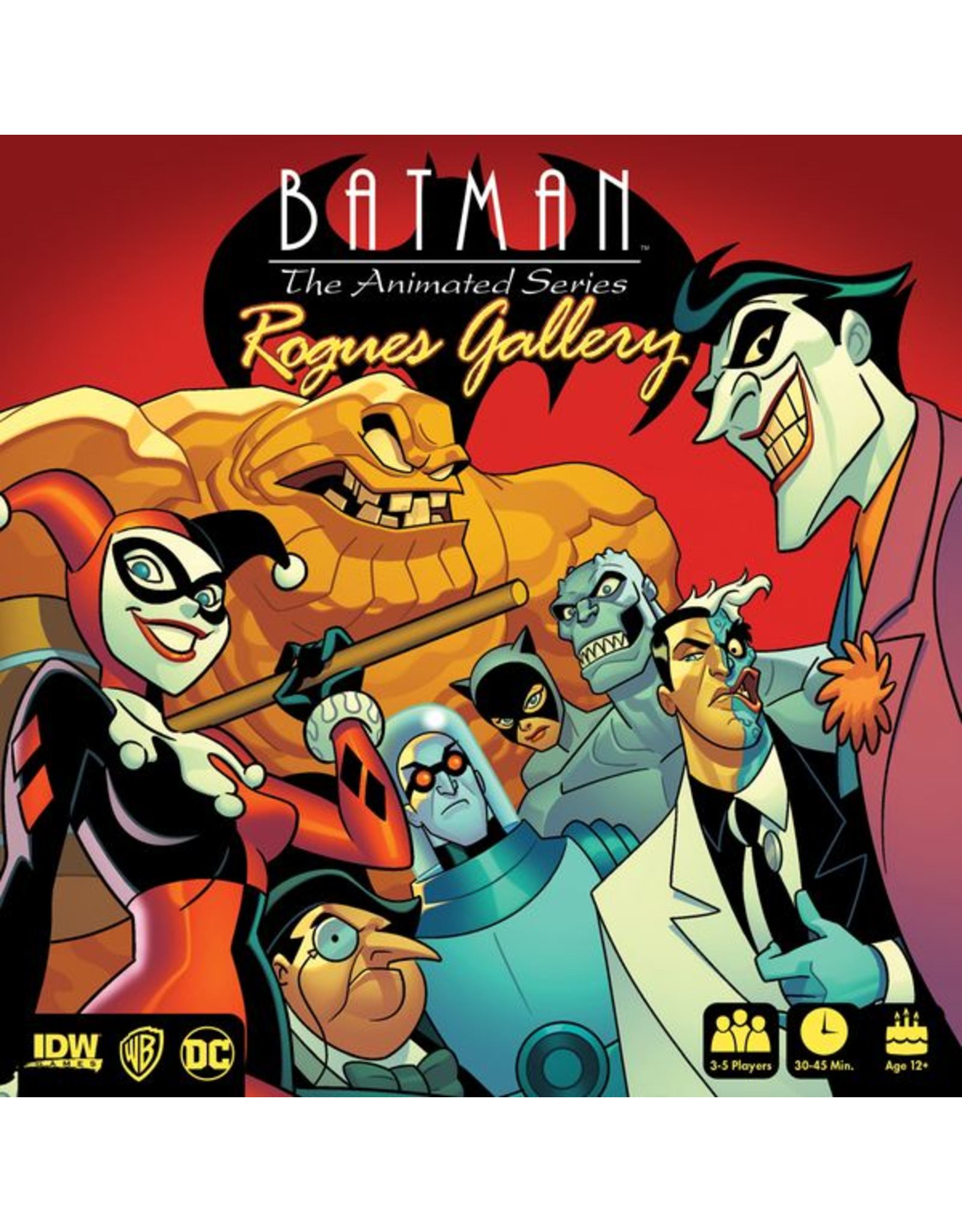 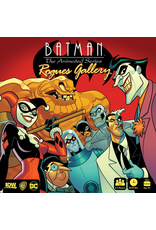 Defeat the Batman to rule the city! Gotham City's coffers are ripe for the robbing, but one thing stands in the way of the city's supervillains: the reviled Batman. It's time someone finally took out that nuisance! Choose your favorite villain, then go on crime sprees, steal powerful upgrades, recruit nefarious accomplices, and race to complete your master plan and be the first to defeat the World's Greatest Detective!

Batman: The Animated Series – Rogues Gallery is a press-your-luck game for three to five players. Each player takes on the role of a devious Gotham City villain attempting to be the first to take down Batman, but beating him requires a sound strategy and a dash of good luck. Gather your forces, lay your traps, and claim the ultimate bragging rights as the villain who finally defeated the Batman!