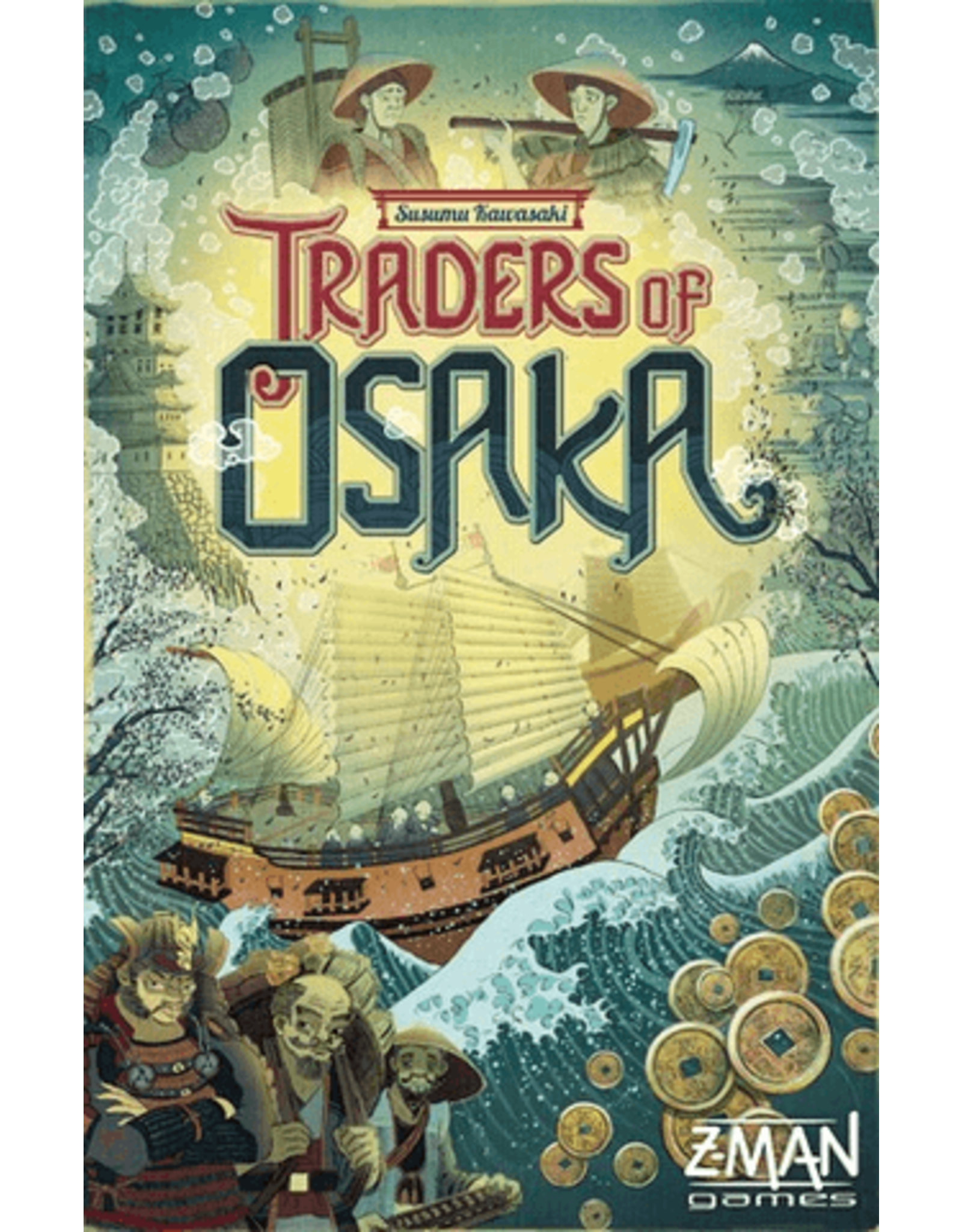 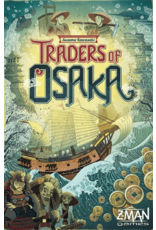 In Traders of Osaka players are trying to deliver cargo from Osaka to Edo.

The game has a small board that shows the route the ships will follow, marking safe ports and dangerous waters. The board also has two spaces for the draw pile and discard pile and shows where the Market and Farm cards are laid out. The game also contains a deck of cards that have multiple uses, 48 achievement tokens for when goods are sold, four ship pieces to mark how far the ships have sailed, four trader pieces to indicate a player's scoring pile, four reservation pieces for players to mark cards they wish to purchase or take on a later round and a rulebook.

The game is a set collection game at its core. Players are attempting to collect sets of goods that will allow them to collect cards that will be worth points at the end of the game.