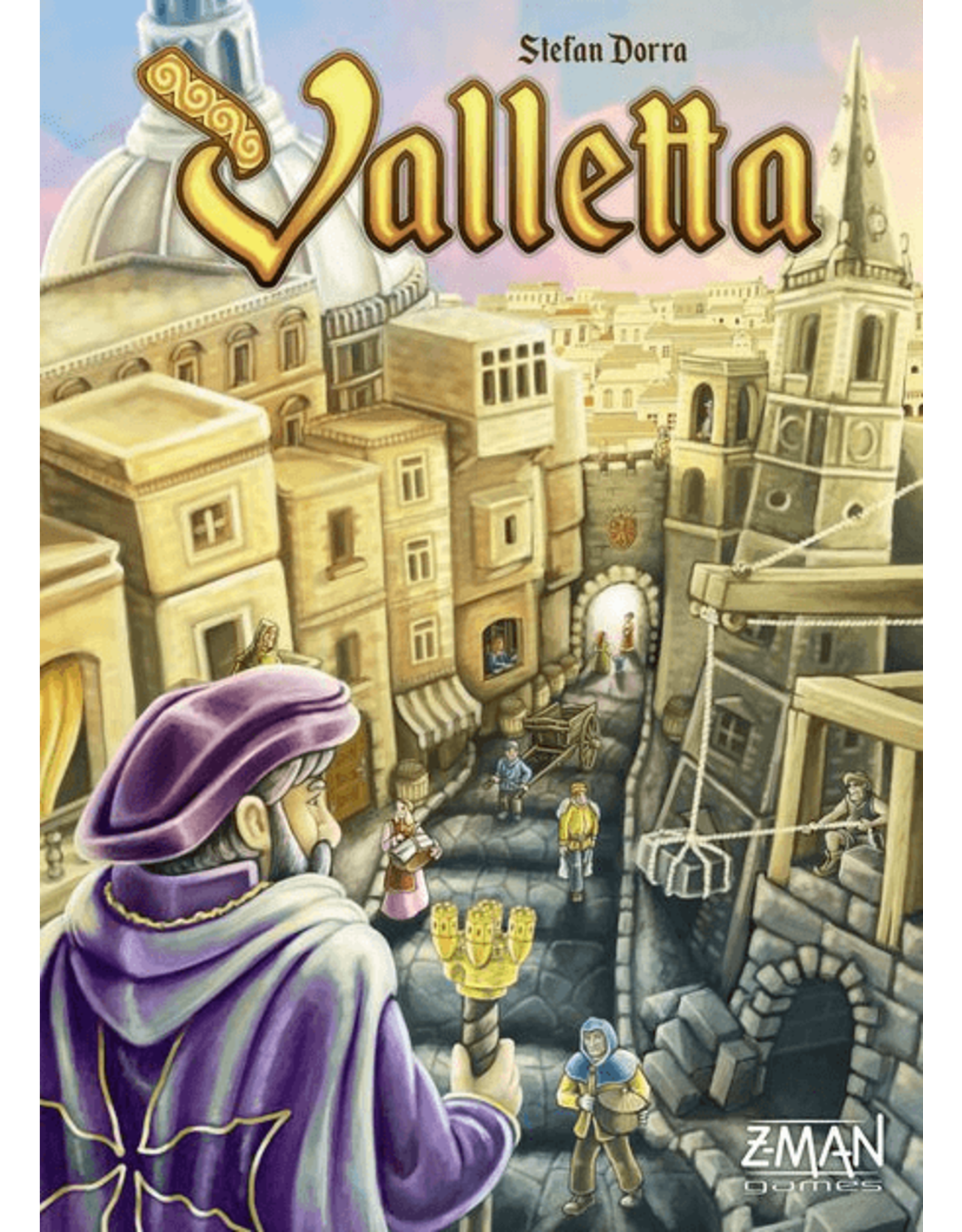 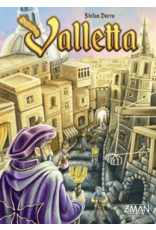 In 1566, Jean Parisot de Valette, 49th Grand Master of the Order of Malta, laid the foundation for Valletta, the future capital of Malta.

In Valletta, players take inspiration from Jean Parisot de Valette in order to procure raw materials; hire merchants, bricklayers and roofers; and build their own version of the magnificent capital, with its mighty bastions, baroque buildings, and a right-angled street network. Cultivate your contacts with the Order of Malta to improve your reputation.

Players are supervised in their work by de Valette, who patrols his streets as a building inspector. When he reaches the end of his patrol, the game ends and a winner is determined.