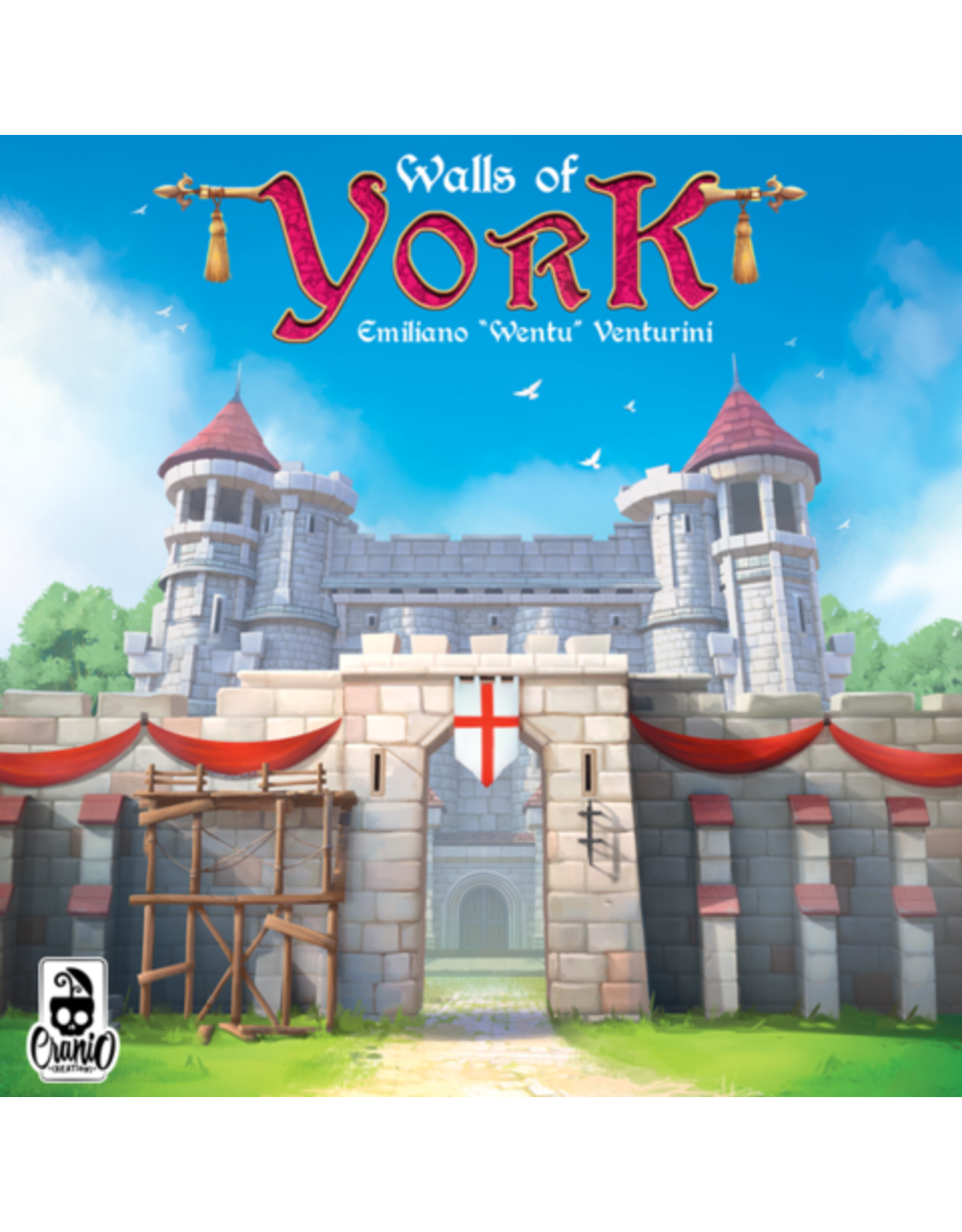 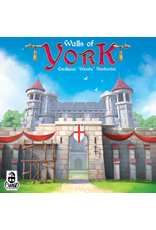 The city of York is being built. Many buildings have already been completed, but without a protective outer wall to defend against the Viking raids, the city is bound to be pillaged and destroyed. The king has summoned his best architects to design new defensive walls for the city, but only one design will be used. That architect will be hailed as the greatest architect in all the land.

In Walls of York, players must use the plastic wall pieces to construct a defensive barrier around the buildings on their city map. Each turn, a player rolls the building die, that dictates which types of walls are to be used. The players must enclose their city, including the required buildings from the King's decree — but players must beware for the Vikings will come and lay waste at the end of the first age, forcing players to build their walls anew in the second age. The player with the most coins at the end of the second age wins.