A Game of Cat & Mouth 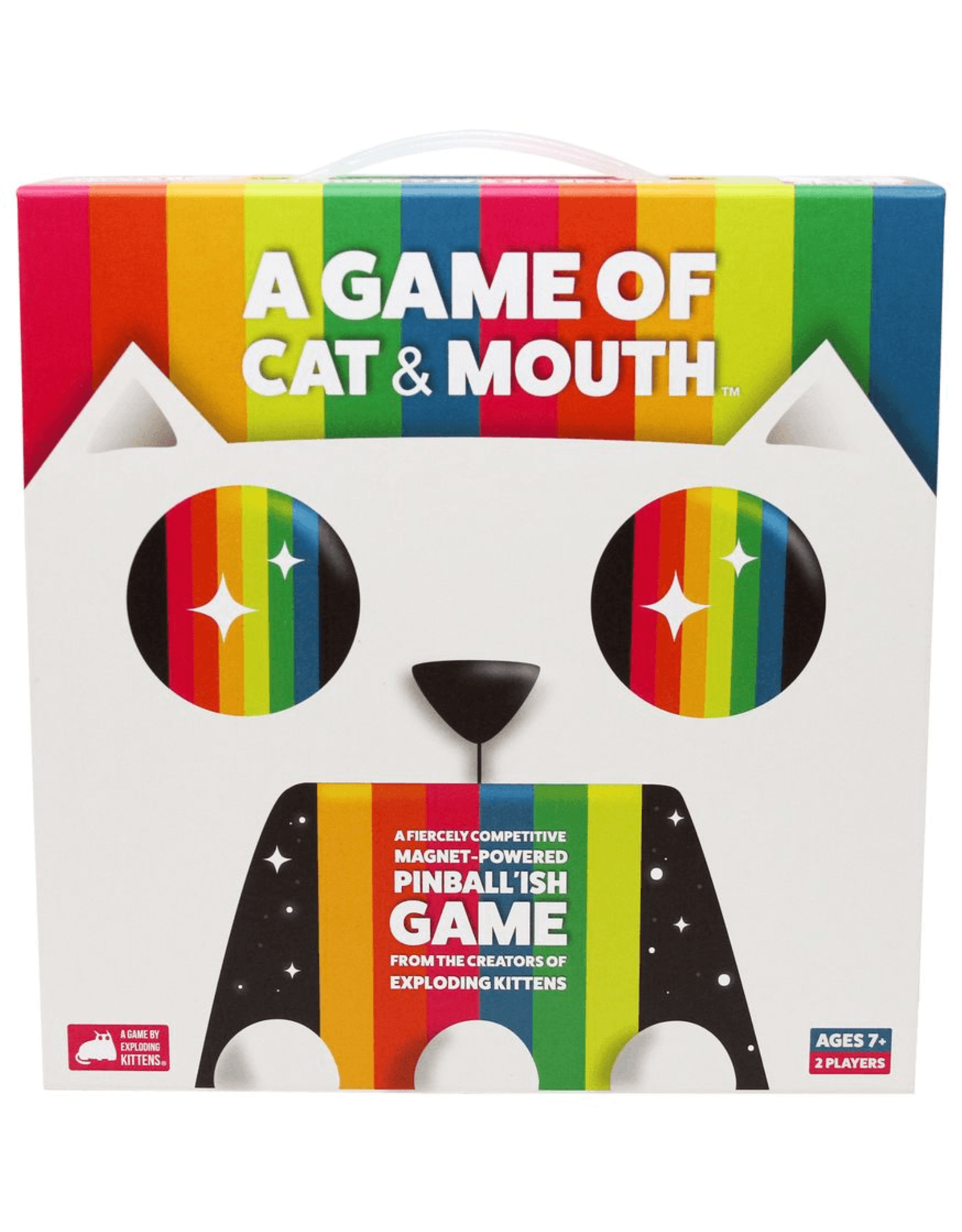 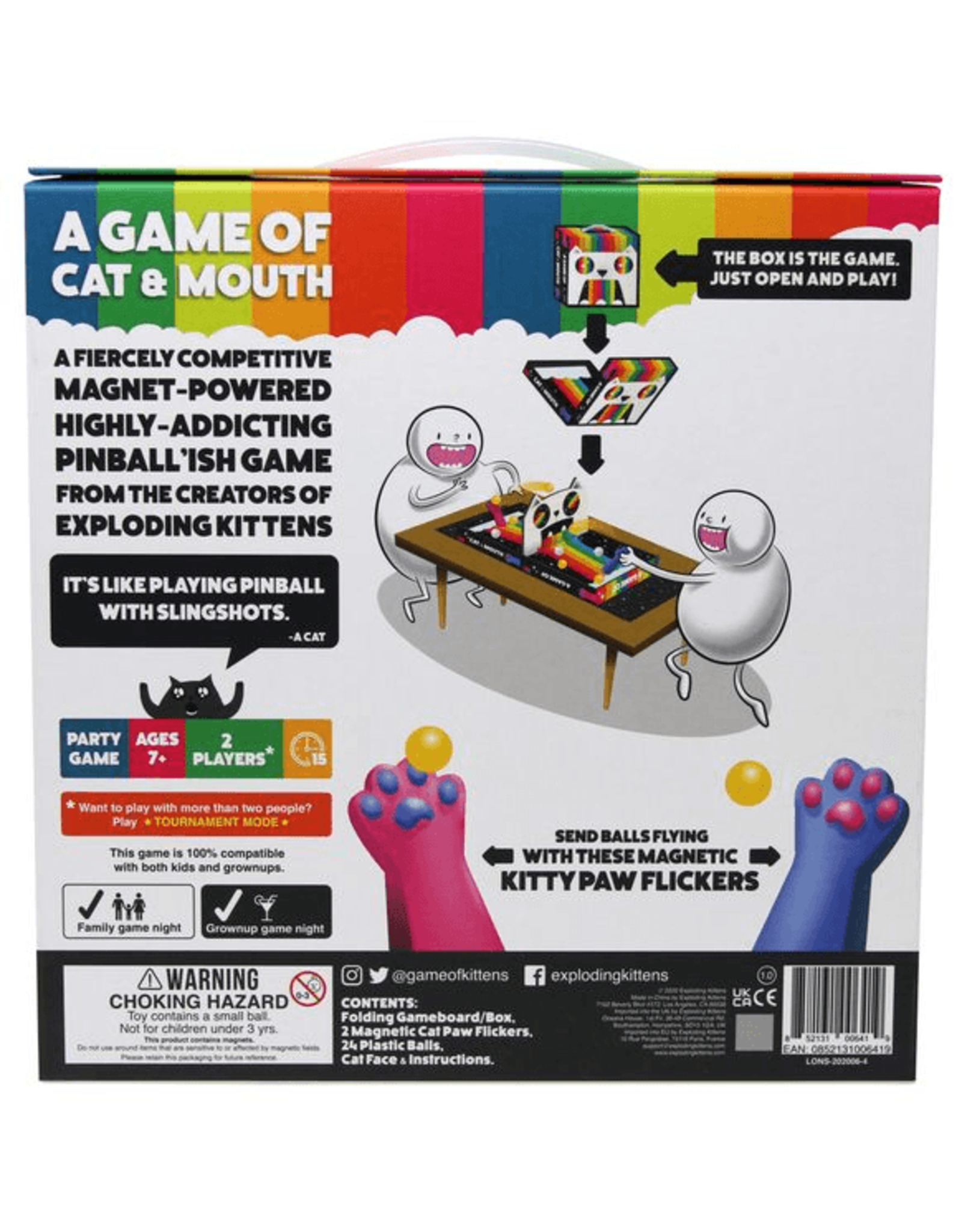 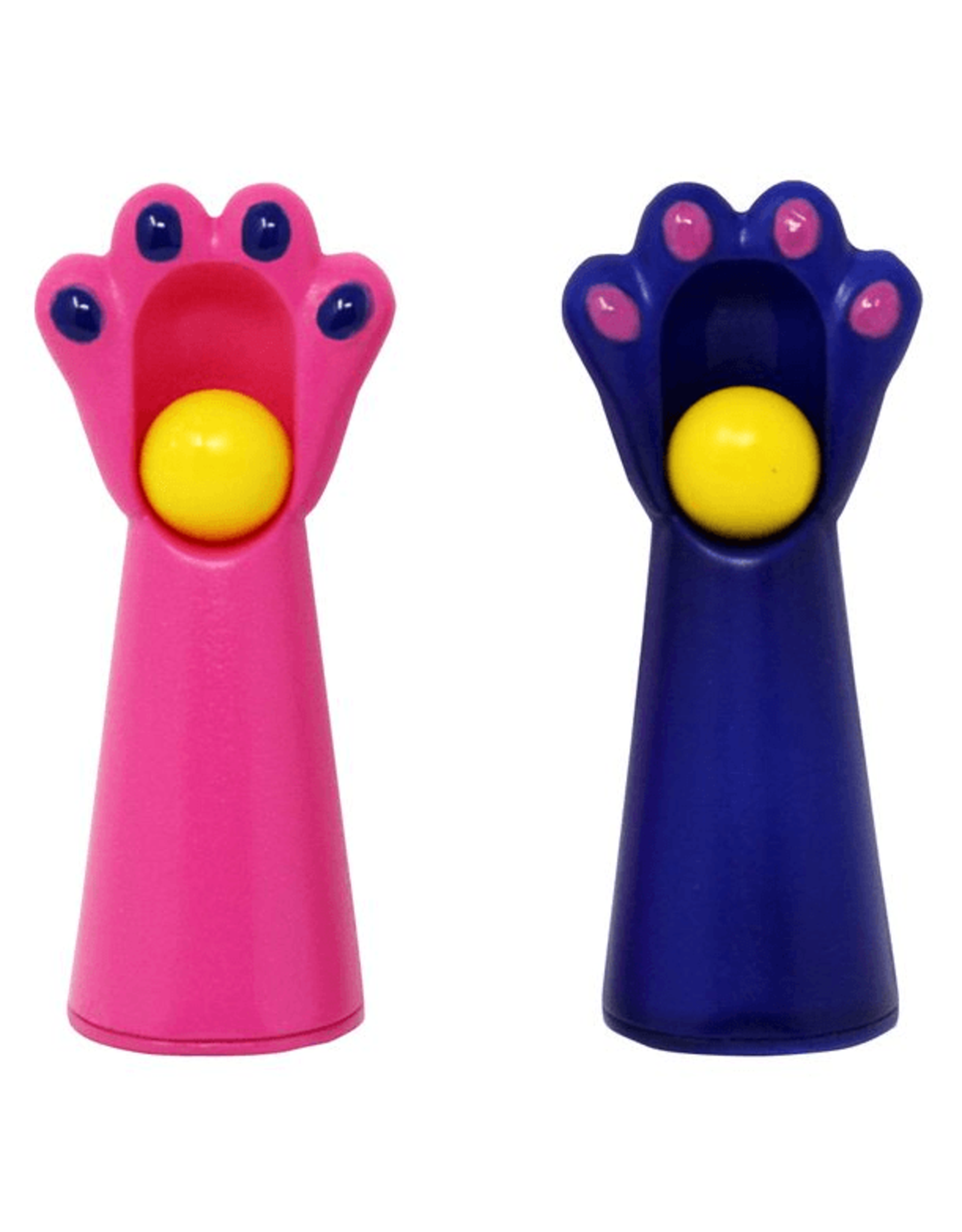 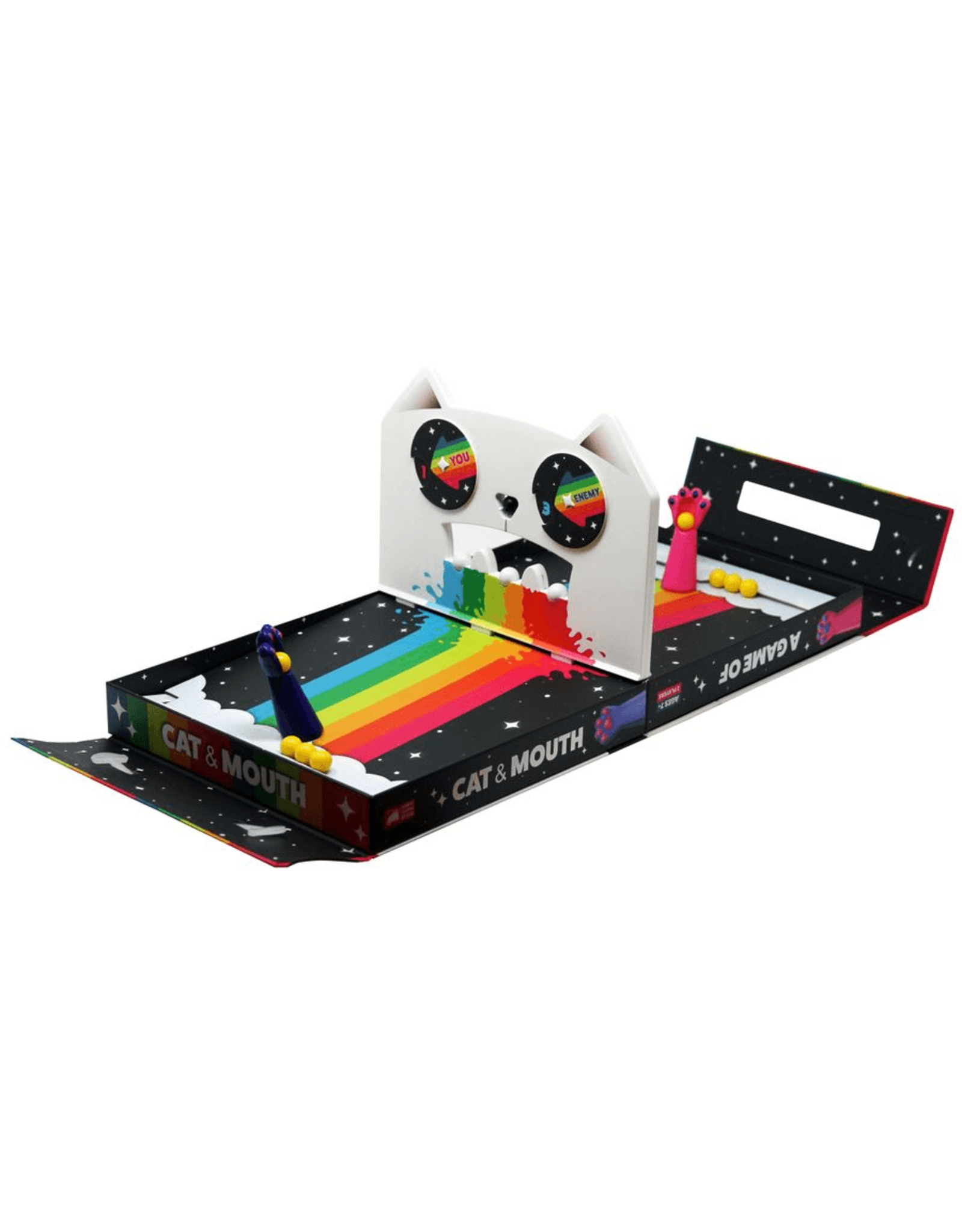 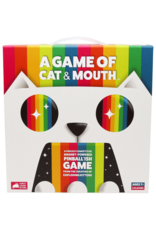 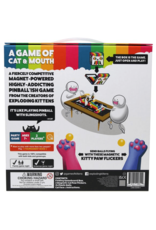 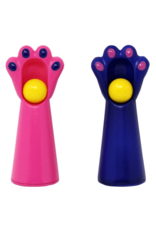 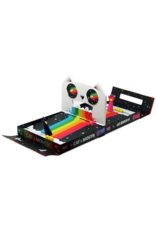 A Game of Cat & Mouth is a two-player game in which players use a magnetic cat's paw to shoot balls at one another.

In more detail, to set up, you lay the box open on the table, place the "cat head" dividing screen upright in the center of the board, place the black "nose" ball in the center of the cat's face, set the three white "teeth" balls in the cat's mouth, divide the eight yellow balls between the two players, and lock the magnetic cat's paw into place on each side of the game board.

In a round, you use your cat's paw to shoot balls through the cat's mouth at your opponent, or you aim for the nose and teeth to knock them out. As soon as all the balls of one color — the one black ball, the three white balls, or the eight yellow balls — are on one side of the board, the round ends and the other player scores a point. Reset the board, and start shooting at one another once again!