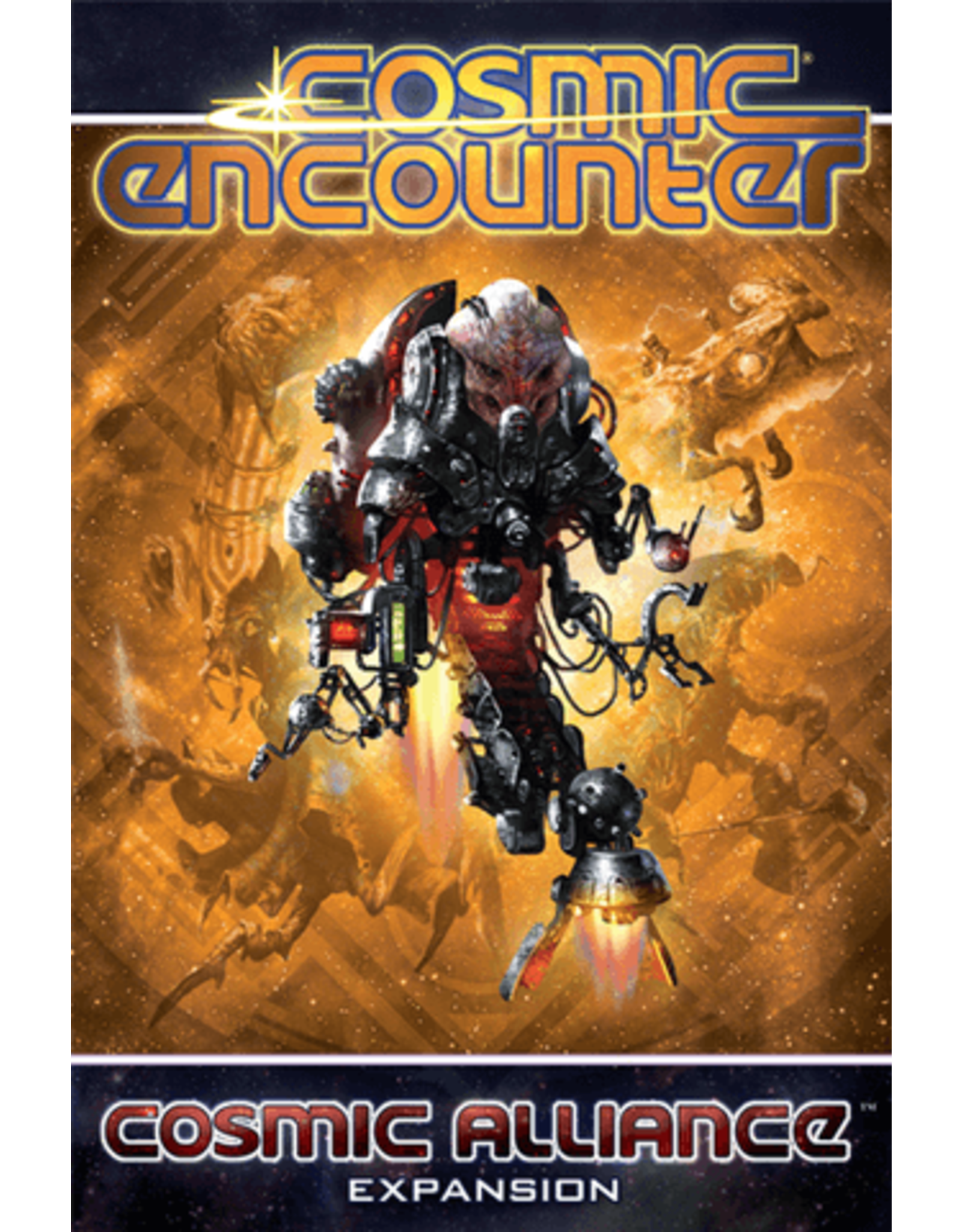 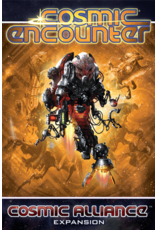 Cosmic Alliance makes the Cosmos even bigger, adding another player (white) as well as rules for large eight-player games (if you own all three expansions). Finally, Cosmic Alliance introduces a new variant – team rules, which allow steadfast allies to dominate the Cosmos together!

This optional Team Cosmic variant places players in randomly determined teams of two, in which they'll attempt to conquer the Cosmos cooperatively. Without discussing their race selection in advance, partners sit opposite each other at the table, where they can occasionally offer a helping hand; whenever a player gains a new foreign colony, he can choose to instead give that colony to his partner.