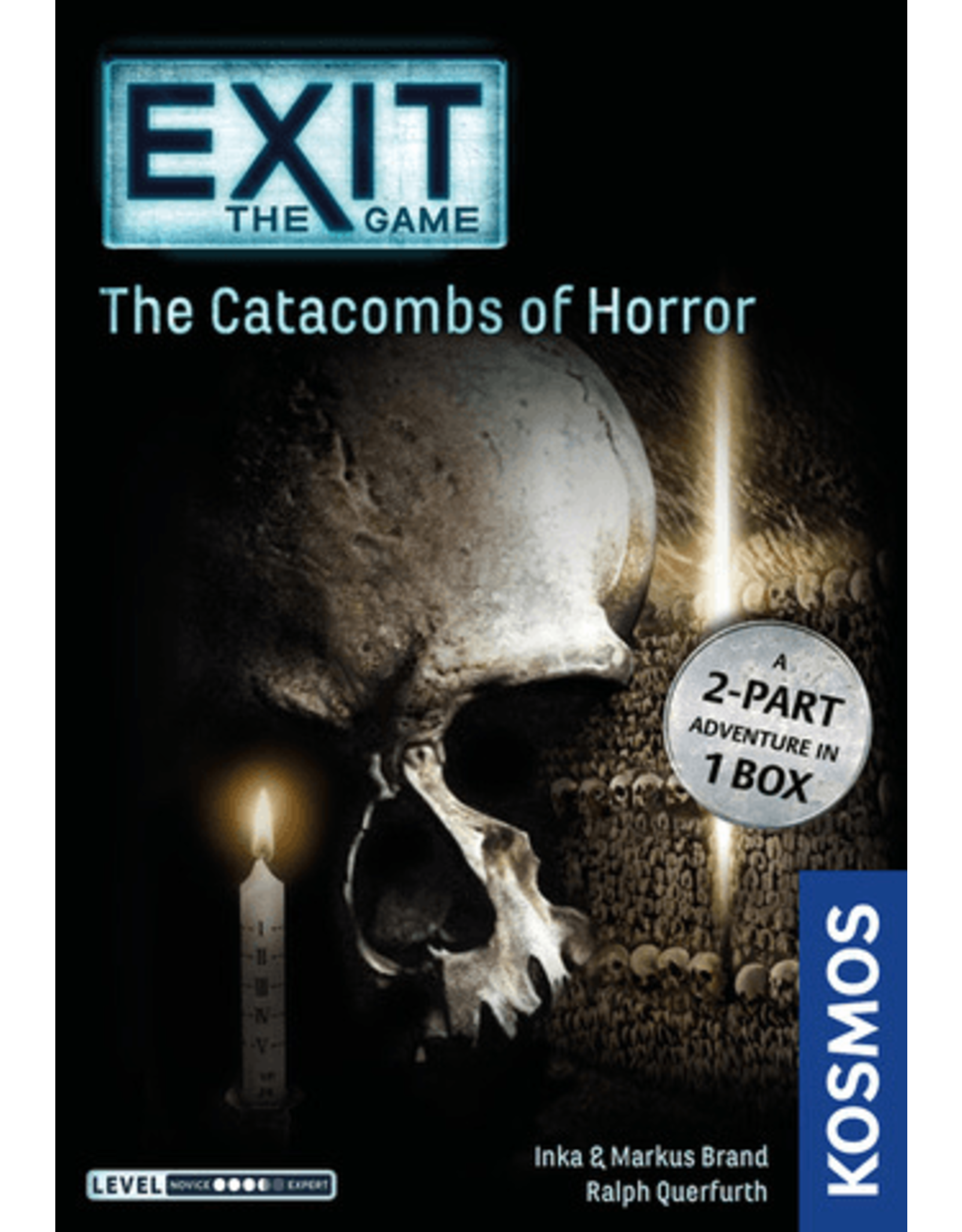 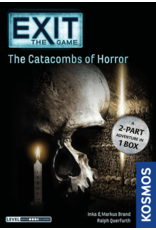 Gloomy vaults lie under the city of lights. The catacombs of Paris swallow the light, secrets, and — apparently — also people. After the mysterious disappearance of a friend in the catacombs, players in Exit: The Game – The Catacombs of Horror embark on a mysterious search through the underground labyrinth. Will players be able to find their friend in time and escape this cavernous world full of dark mysteries?

Like other titles in the series, Exit: The Game – The Catacombs of Horror includes components meant to be folded, written upon, or torn, so it's marketed as a single-use game. What's different in this game is that it consists of two parts, with each part being its own challenge.