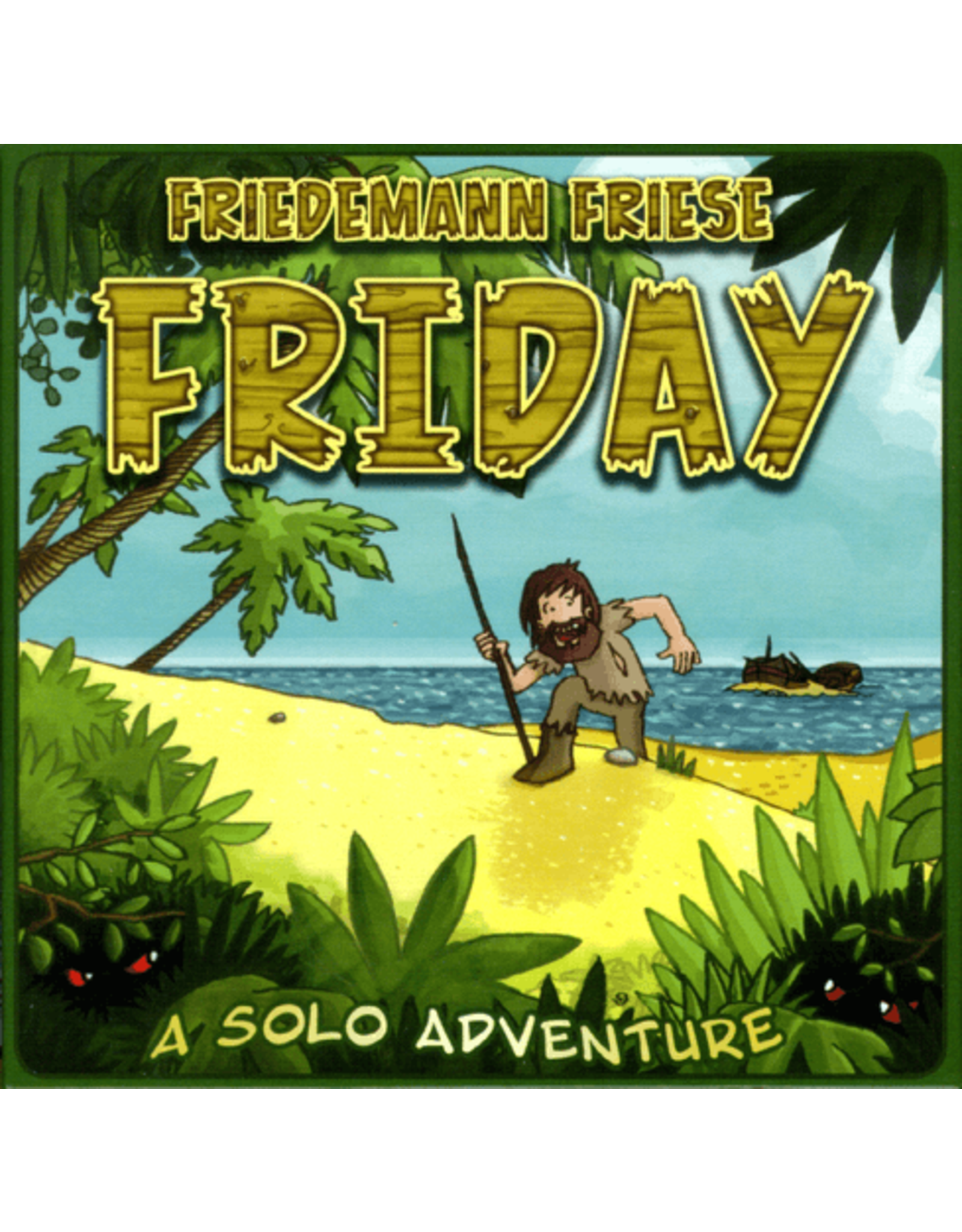 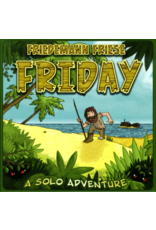 Friday, the second game in the Friedemann Friese Freitag-Project, is about Robinson Crusoe and Friday (Freitag). You play as Friday and must help Robinson Crusoe survive the island and prepare him to defeat the pirates.