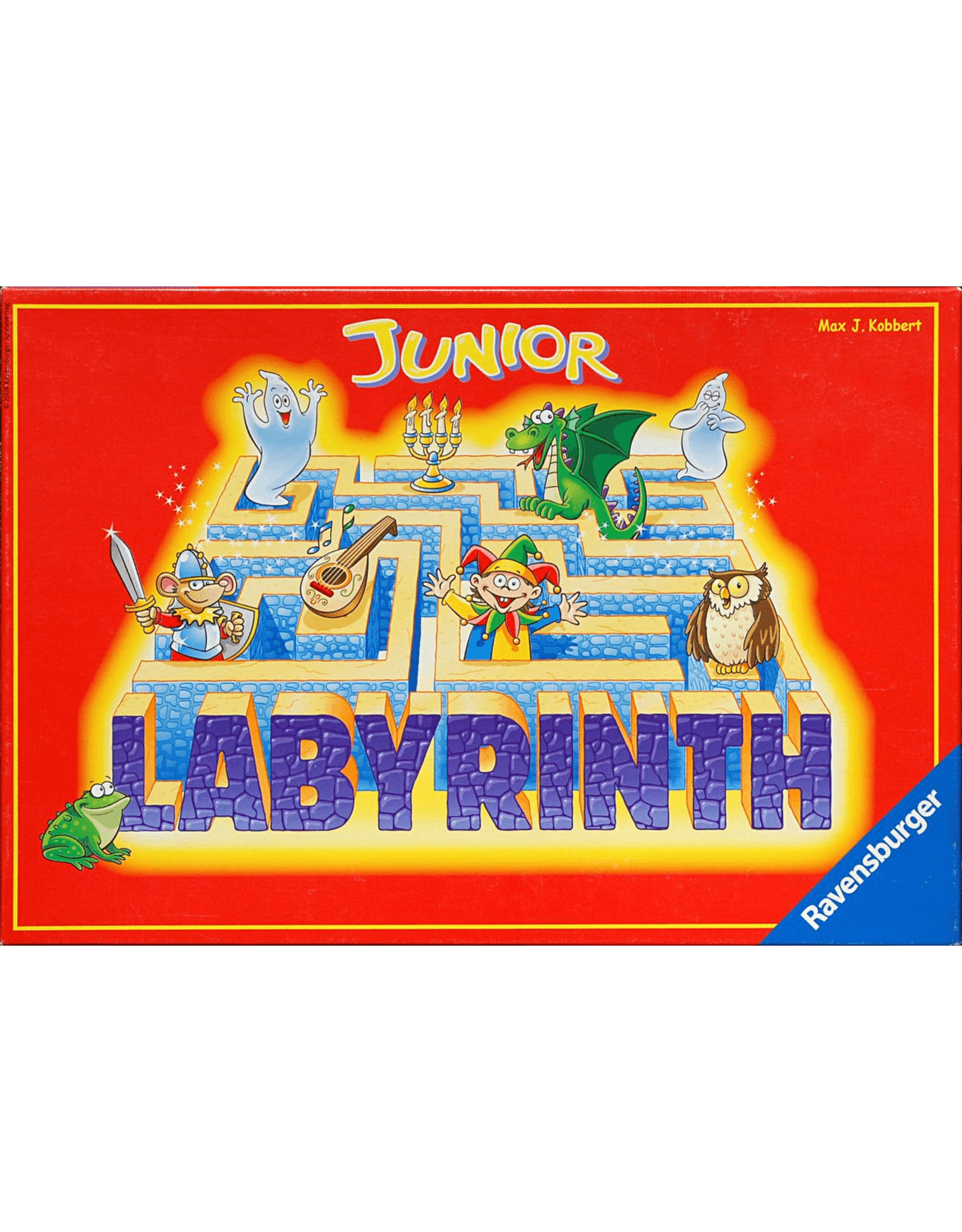 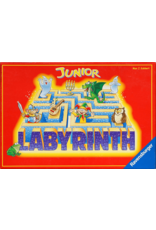 Junior Labyrinth, the beginner's version of Labyrinth and part of the Ravensburger Labyrinth Games series, is a maze like no other with twelve different treasures waiting to be found within the paths of the labyrinth, which shift with every turn.

Thankfully, the players have some control over how the labyrinth walls move. Each turn, the active player takes the free labyrinth tile and pushes it along one of the rows or columns marked with an arrow on the game board. This action inserts that tile into the labyrinth and pushes the other tiles one space, popping one tile out of the labyrinth to be used by the next player on her turn. By shifting the walls, the player hopes to be able to move his token along the paths to land on the treasure currently being sought. If the player does this, he claims the treasure card and a new card is revealed; if not, play continues until someone grabs that treasure.

Once all the treasure has been collected, the game ends and whoever nabbed the most treasure wins!