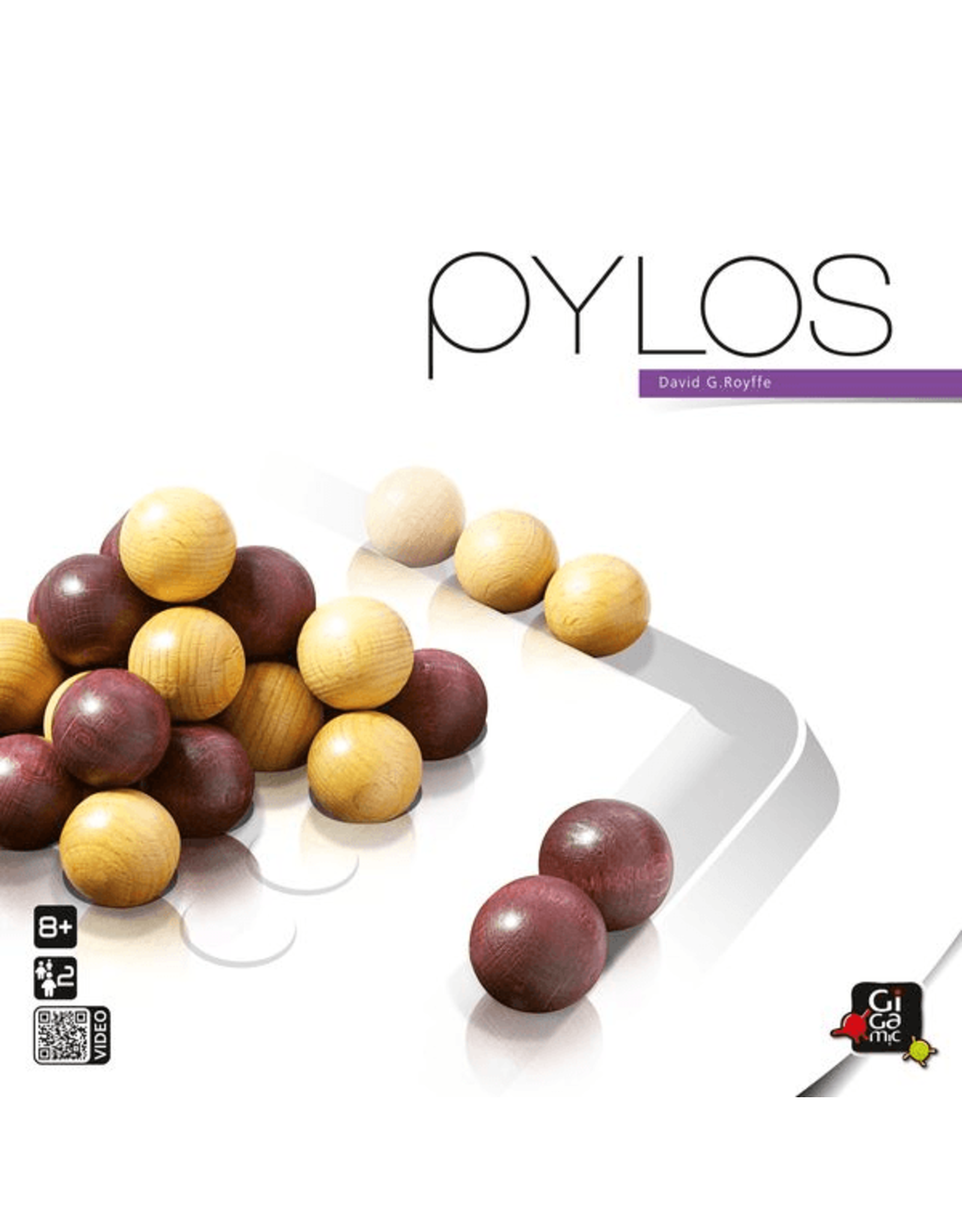 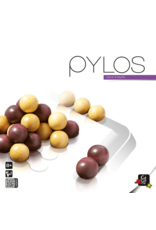 In Pylos, you want to be one who places the final ball on top of the pyramid. Sounds simple enough, right?

At the start of the game, each player has fifteen balls, either light or dark, and they take turns placing them on a game board that has sixteen indentations on it in a 4x4 grid. Once four balls have been placed next to one another in a square, a ball can be placed on top of them, forming a second level of play. Players can then place balls on this second level, eventually allowing a ball to be placed on the third level – and once that level is full, which requires only four balls, a final ball can be placed on the fourth level, with that player winning the game.

If a player forms a square of his own color – that is, four balls placed next to one another on the same level – that player can remove one or two of his balls (that don't support anything) from anywhere on the board and place them in his reserve, thereby giving him more balls to place in the future. Whenever a player forms a square that's not entirely his own color, he can "stack" one of his pieces – that is, he can take any ball and place it on this square, locking some pieces in place and making a move without having to place a piece from his reserve.

The rules include a variant for children (that removes the square bonus) and one for experts (that allows a player to return 1-2 balls to his reserve when he creates a line of his color).