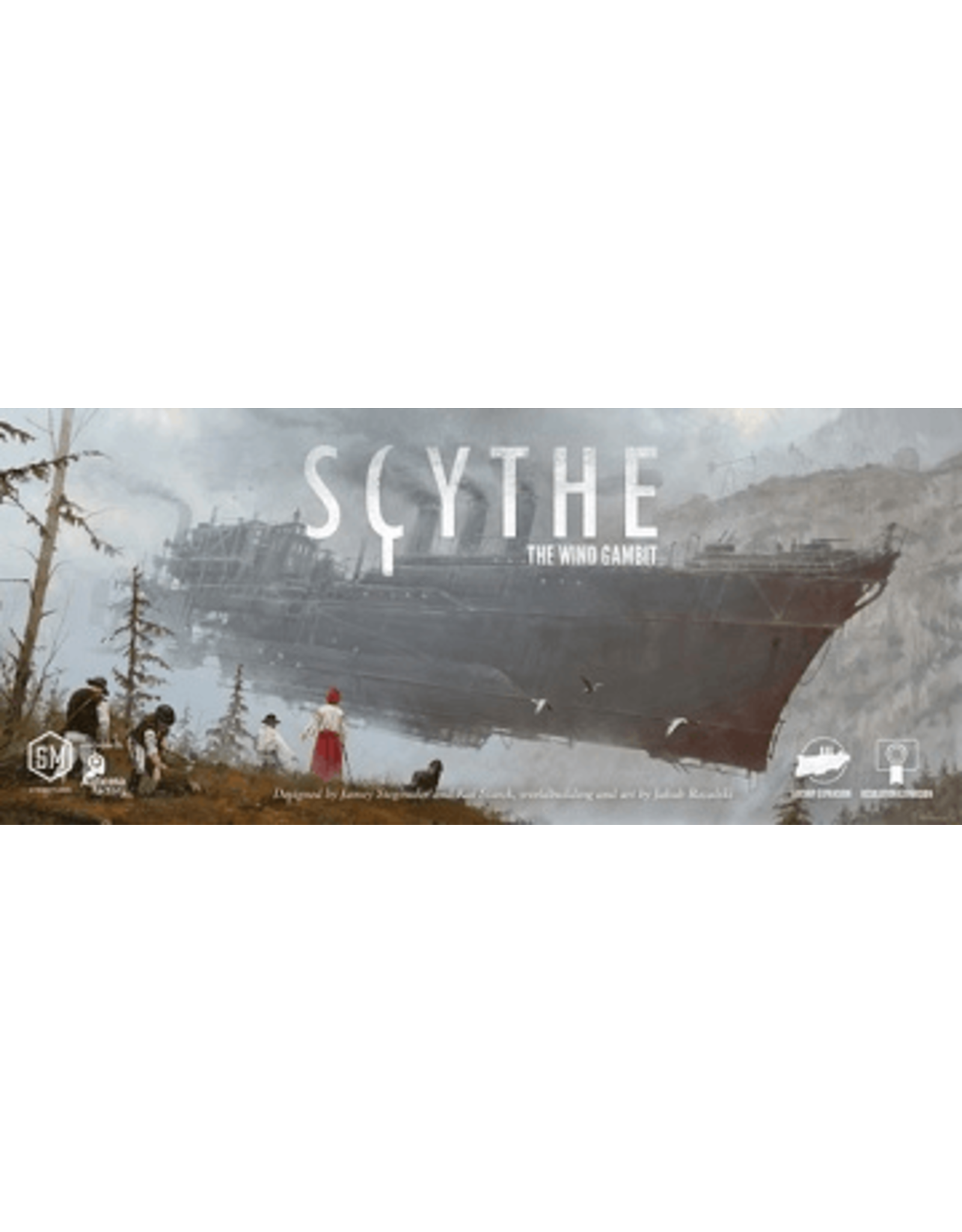 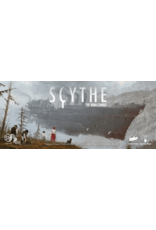 Mankind has long been confined to travel by land and sea, but a new technology has emerged from the greatest minds in Eastern Europa: airships. These steam-driven behemoths sail freely across the sky, aiding their empire's expansion through innovation and confrontation. As the years pass, the world has come to understand that no single faction will rise above the rest for any span of time. In the hope of decreasing the conflict and increasing the peace, leaders of Europa begin to gather each year to declare a new way for the factions to resolve their differences.

Scythe: The Wind Gambit, an expansion for Scythe, adds two new modules that can be played together or separately at any player count and with either the base game on its own or with other Scythe expansions: airships and resolutions.

Airships: (1 miniature per faction; 16 tiles) An airship is a new type of unit that is distinctly different from characters, mechs, and workers. Unlike those units, airships never control territories. Airships are moved via a Move action, and rivers and lakes do not constrain their movement. Each airship has two randomly combined abilities (1 aggressive and 1 passive ability; same combo for all players).

Resolutions: (8 tiles) The resolution module changes the way a game of Scythe ends. If you play with this module, ignore the standard end-game trigger (when a player places their sixth star, everything stops and the game ends). Instead, the resolution tile for the current game will determine when and how the game ends.