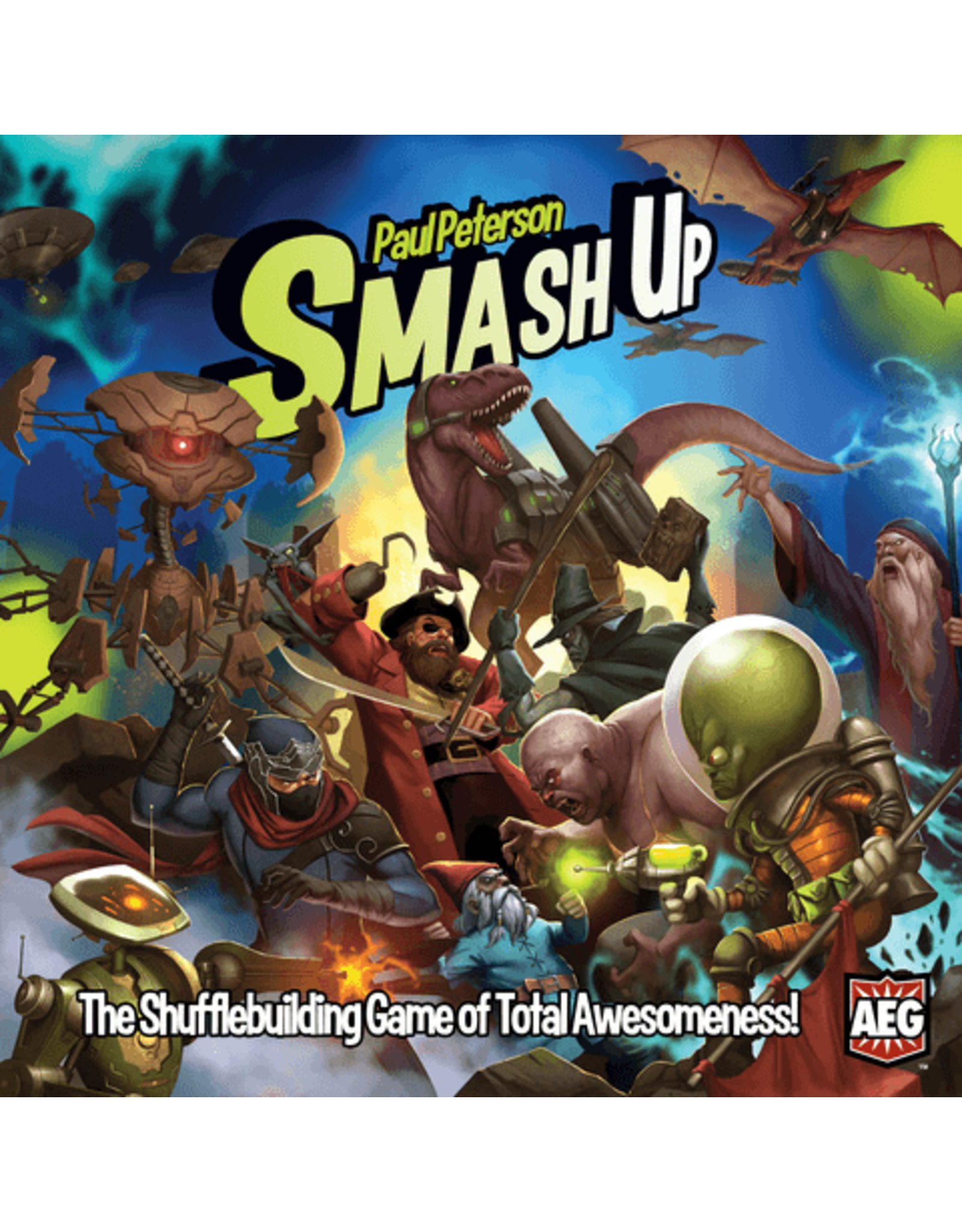 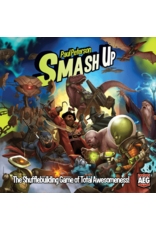 When the game begins, players take turns selecting one of several faction decks.  Once each player has two decks, they shuffle them together, combining their distinct abilities into a unique 40-card deck.  Players then deal out a number of Base cards, and play their decks to attempt to have the most power on a base when it is scored.

It may sound simple, but how simple is it when your opponent’s Zombie-Ninjas Assassinate your minions then create an Outbreak, loading the Base with minions from their discard pile?  Or when their Pirate-Dinosaurs Full Sail onto the base with the mighty King Rex, whose massive power dwarfs that of other minions?

Each combination gives a different experience, Pirate-Aliens play very different than Pirate-Zombies, and with 8 factions in the base set there are tons of combinations to try out!