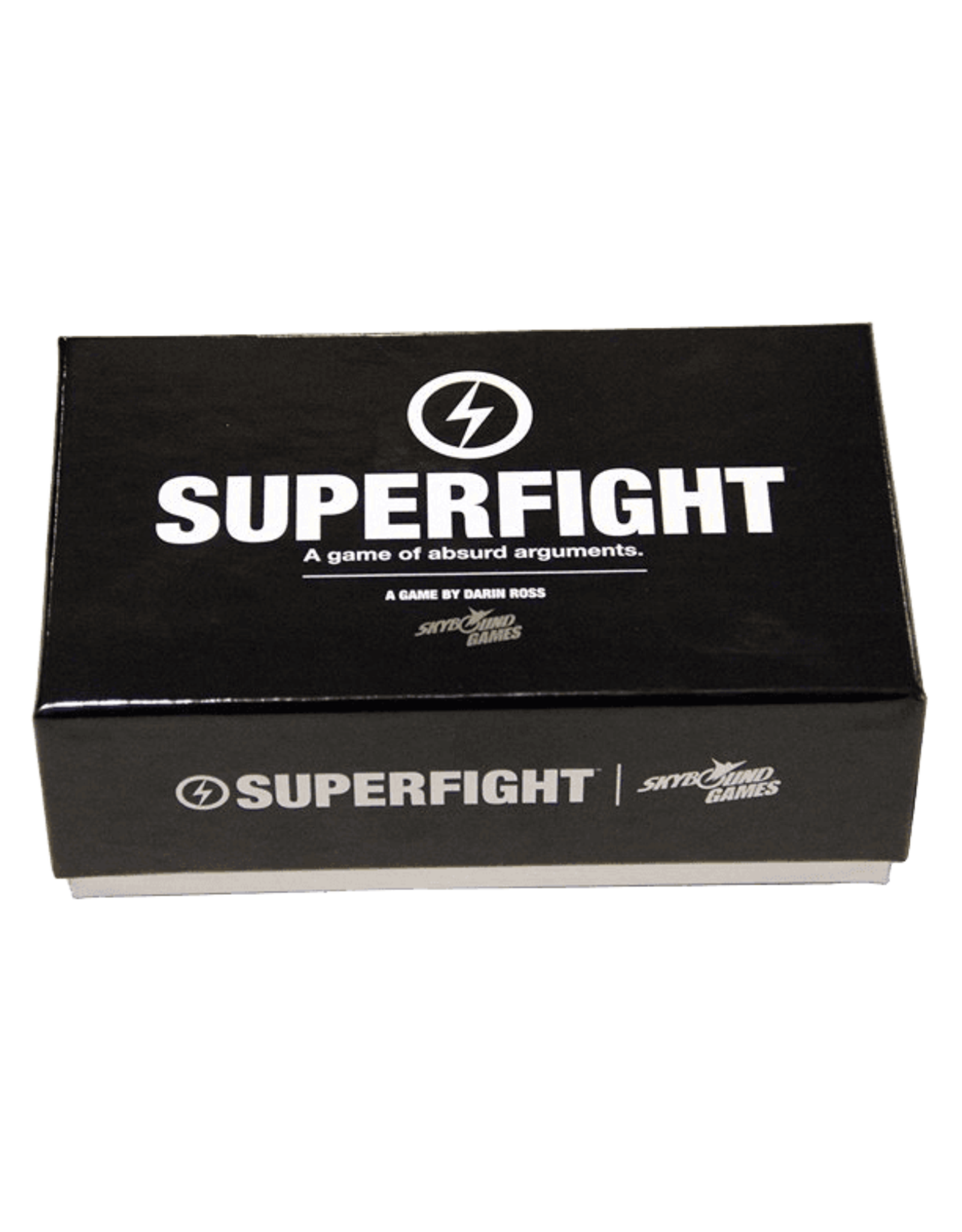 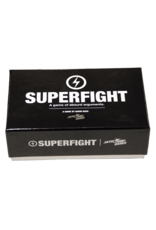 Superfight is party game of super powers and super problems. The game is all about arguing with your friends about ridiculous fights.

The core deck contains 500 cards. 160 characters (white cards), and 340 powers and weaknesses (black cards). Players use a hand of three white cards and three black cards, and choose one of each to beat the player next to them. Then they get a random black card before fighting. Players then argue their case for why they should win, and the table votes.

Note: Superfight went through a major reprint in late 2014. The rules and about 30% of the cards were refined to improve the game after it sold out of its original print runs. The Cards Against Humanity/Apples to Apples mechanism has been replaced by a table vote and one-one one battles, but the battle royale and villain rulesets keep the old single-judge mechanism if the table prefers it.