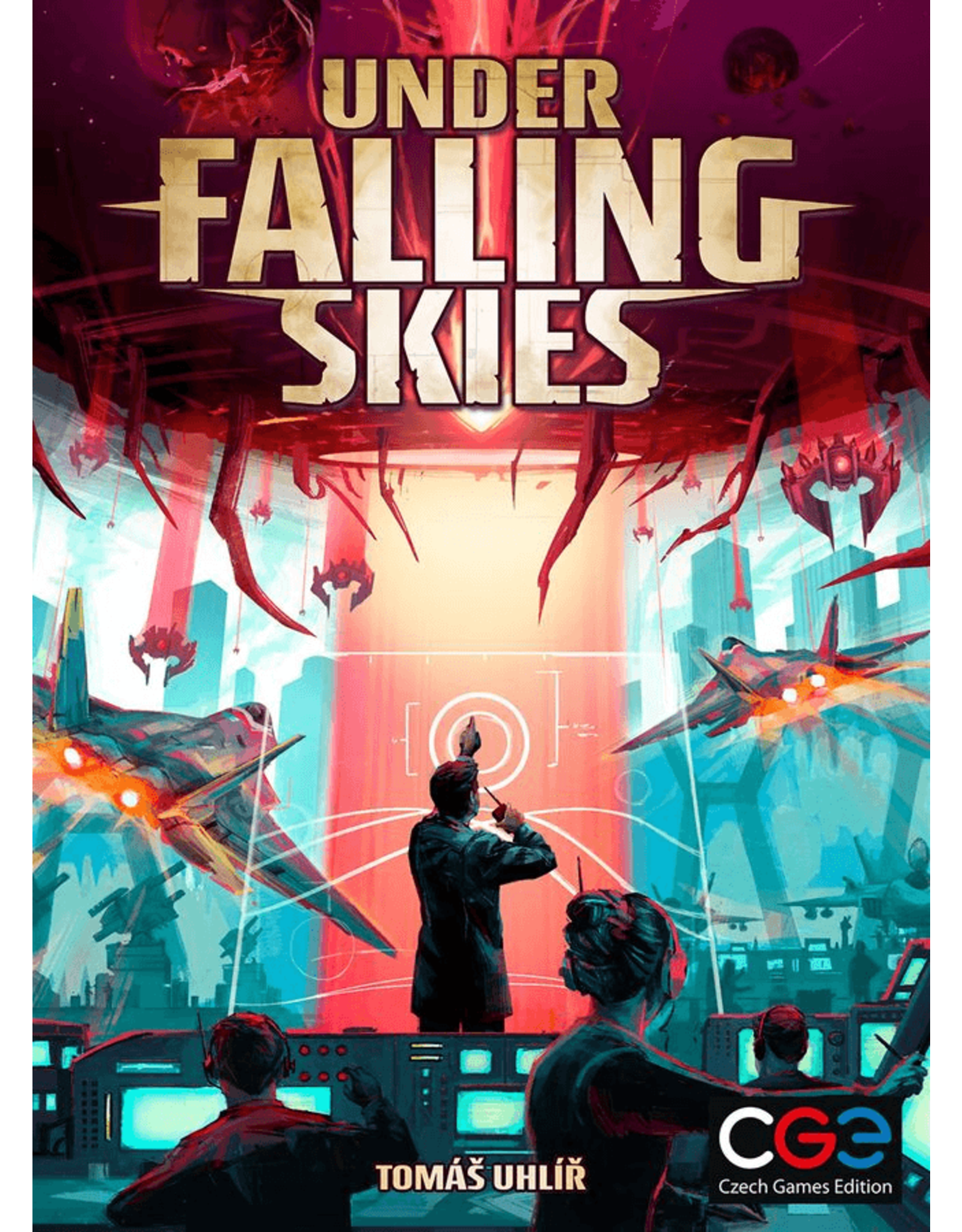 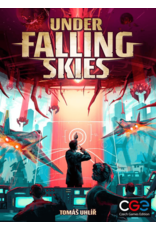 Aliens have arrived to conquer Earth. Enemy ships fill the skies. Humanity retreats to underground bunkers located below cities across the globe. Stand against the common threat! Fight the invaders city by city. Build a team from around the globe to save your planet and defeat the aliens!

Under Falling Skies is a solo game with a multi-mission campaign. In each mission, you take charge of defending a besieged city.

Your actions are powered by an innovative dice placement mechanic. When you choose an action, you are also choosing which enemy ships will descend. Bigger numbers give better effects, but they also cause ships to descend faster.

Expand your underground base to gain access to more powerful actions, allowing you to shoot down enemy ships or deploy robots to increase your workforce, but don't forget to work on your research and watch your energy supply.

The mothership draws closer every round, ratcheting up the tension.

Can you complete your mission before your base is destroyed?

Under Falling Skies is based on the print & play game that won the 2019 9-card Nanogame P&P Design Contest. Built on the same intriguing mechanics, it now comes with a full-scale campaign providing even more content for hours of intense fun.