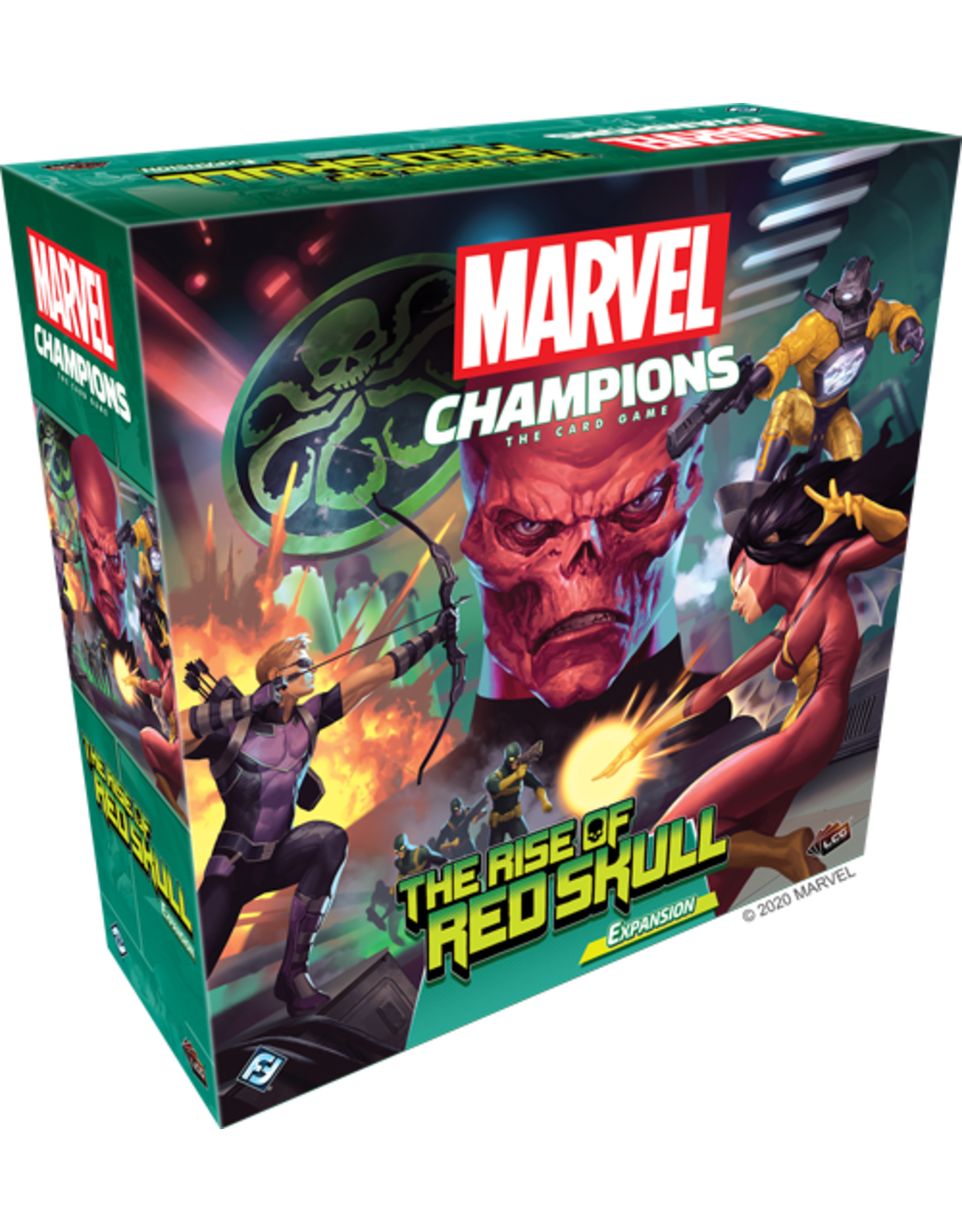 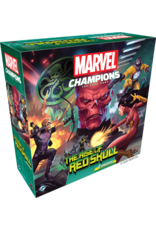 Add campaign elements, new heroes and villains and see if you can save the day.

The nefarious organization known as Hydra has insidiously spread its tentacles through all of society, corrupting governments and subverting justice around the world. Their dark plots may begin with an unexpected attack on Project P.E.G.A.S.U.S., but you can be certain that there are tendrils running deep below the surface. Your battle against evil is only beginning.

The Rise of Red Skull boasts a massive infusion of new content for your games of Marvel Champions. Hawkeye and Spider-Woman join your roster of heroes with fully pre-built and ready-to-play player decks stuffed with new cards. Whether you’re playing these new heroes or relying on old favorites, you can test their mettle against five brand-new villains: Crossbones, Absorbing Man, Taskmaster, Zola, and Red Skull. Each of these five scenarios offers a unique challenge, and while you can simply choose a villain to battle, this campaign expansion lives up to its name with the introduction of campaign mode to Marvel Champions: The Card Game.