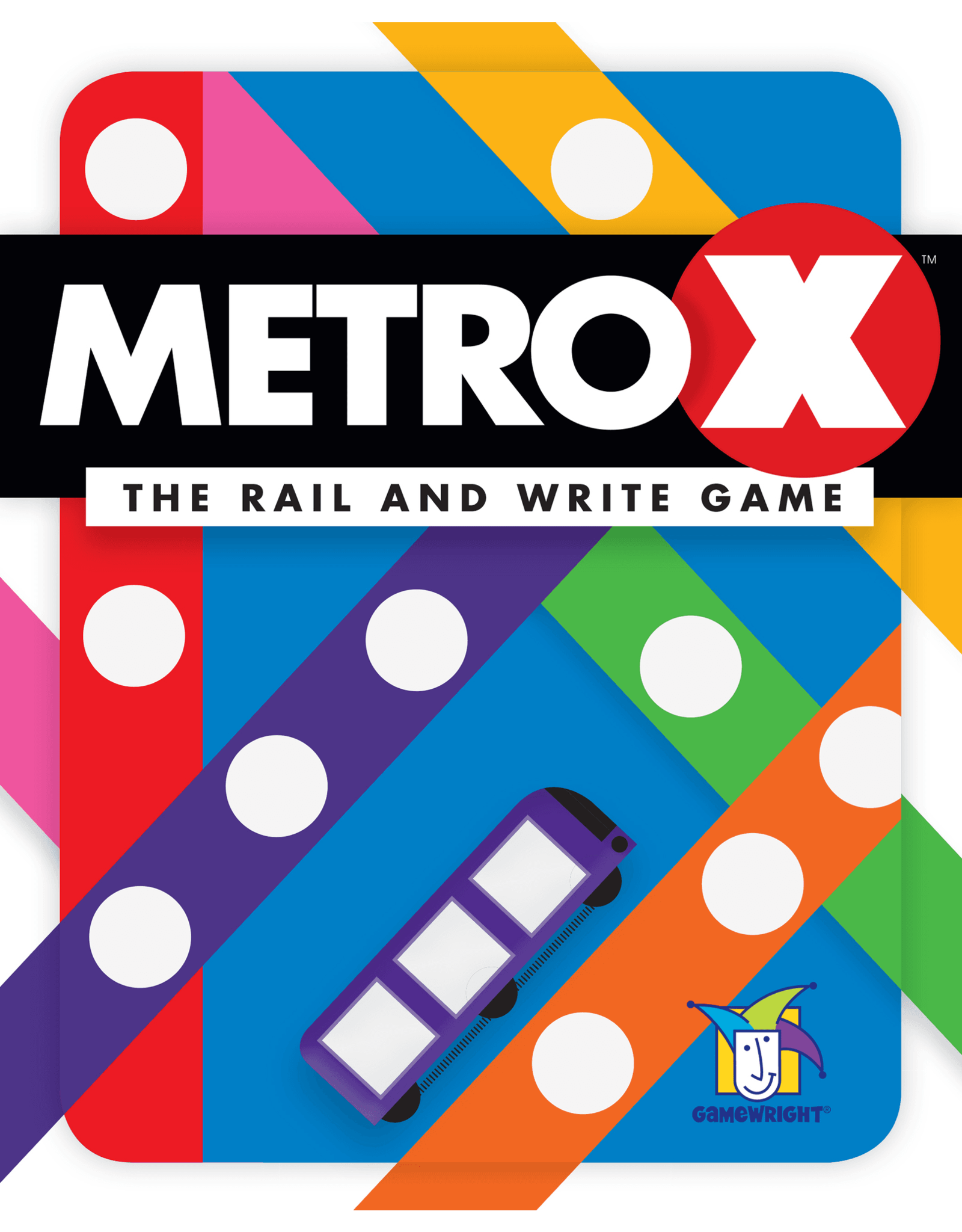 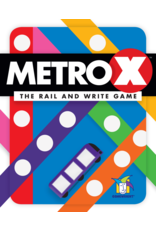 In MetroX, players create subway networks by filling in the station spaces on their individual game sheets. Using the numbers revealed by the cards, all players fill up their subway map with ◯s in the station spaces. However, the number of times they can add stations to each line is limited, so they have to make tough choices. Players can score many points by getting their star bonuses in stations with many intersecting routes. Players also get bonuses by being the first to complete routes. Try to fill in all your stations to minimize the penalties and achieve a high score!

In more detail, each player has their own sheet of paper, with all players using either the Tokyo or Osaka map. Each sheet shows an interwoven subway system, with the system consisting of many subway lines; each line has a name, a number of indicator boxes, a number of empty station boxes on the subway route, and two bonuses. On a turn, a player reveals the top indicator card from the deck of twenty cards, then each player individually and simultaneously chooses a subway line, then does something depending on which type of card is revealed:

At the end of a turn, if a player has finished a subway line by reaching the final space, they announce this to all players, then score the larger of the two bonuses for this line; all other players cross out the large bonus and can score the small bonus for themselves if they complete this line later. Multiple players can score a line's bonus on the same turn. If the indicator card has a shuffle icon on it, shuffle all of the indicator cards together before the next turn.

Once all the indicator boxes are filled, the game ends. Players tally their points scored for completing lines and for writing numbers in boxes, then lose points based on the number of empty spaces that remain on their sheet. Whoever has the highest score wins!