Curious as to what the BHG staff are digging as we dive into the New Year? Look no further! 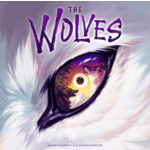 It’s survival of the fittest as you compete to build the largest, most dominant pack by claiming territory, recruiting lone wolves, and hunting prey.

The Wolves is a pack-building strategy game for 2-5 players. It’s survival of the fittest as you compete to build the largest, most dominant pack by claiming territory, recruiting lone wolves, and hunting prey. But be careful not to expand too recklessly into terrain where your rivals thrive – they may lure members of your pack away!
-description by publisher 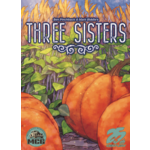 Three Sisters is a strategic roll-and-write game about backyard farming designed by Matt Riddle and Ben Pinchback with beautiful art from Beth Sobel.

Three Sisters is named after an indigenous agricultural technique still widely used today in which three different crops — in this case, pumpkins, corn, and beans — are planted close together. Corn provides a lattice for beans to climb, the beans bring nitrogen from the air into the soil, and the squash provides a natural mulch ground cover to reduce weeds and keep pests away.
-description by publisher 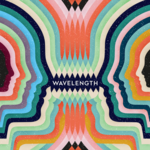 Read your teammates’ minds in this pinpoint party game of infinite possibilities.

Wavelength is a social guessing game in which two teams compete to read each other's minds. Teams take turns rotating a dial to where they think a hidden bullseye is located on a spectrum. One of the players on your team — the Psychic — knows exactly where the bullseye is, and draws a card with a pair of binaries on it (such as: Job - Career, Rough - Smooth, Fantasy - Sci-Fi, Sad Song - Happy Song, etc). The Psychic must then provide a clue that is *conceptually* where the bullseye is located between those two binaries.

After the Psychic gives their clue, their team discusses where they think the bullseye is located and turns the dial to that location on that spectrum. The closer to the center of the bullseye the team guess, the more points they score! 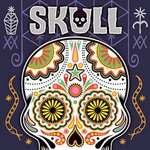 Does the token hide a flower or skull? Bid, bluff and laugh with striking components.

Skull is the quintessence of bluffing, a game in which everything is played in the players' heads. Each player plays a face-down card, then each player in turn adds one more card – until someone feels safe enough to state that he can turn a number of cards face up and get only roses. Other players can then overbid him, saying they can turn even more cards face up. The highest bidder must then turn that number of cards face up, starting with his own. If he shows only roses, he wins; if he reveals a skull, he loses, placing one of his cards out of play. Two successful challenges wins the game. Skull & Roses is not a game of luck; it's a game of poker face and meeting eyes. 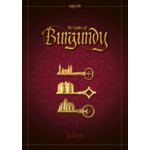 As an influential prince in 15th century France, you do everything in your power to make your lands flourish. From academic progress and city development, to agriculture and trading, many roads to prosperity are open to you. Choose your path wisely, make your decisions carefully, and lead your realm to fortune and prestige! 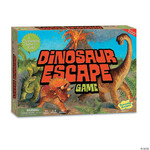 Get all three dinosaurs safely to Dinosaur Island before the volcano erupts! Work together to move the dinosaur movers around the board and uncover the matching dinosaurs under the fern tokens to get to safety. 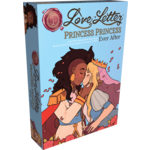 Find the perfect ally to secretly carry your letter to Princess Isadora and win her heart in Love Letter: Princess Princess Ever After, a quick game of risk and deduction based on the award-winning Love Letter card game! Entrust your message to the nearly invincible ogre, the lightning fast unicorn, or her close friends, Princess Sadie and Princess Amira! 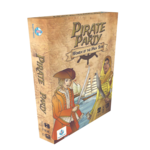 Rummy-styled card game with a twist - Plunder, pillage, and raid from other players to take the largest pirate booty!

A new Galaxy has just been discovered on the borders of the Empire! Commanding your Spaceship, you go explore this new Eldorado, full of treasures and mysteries. Planet after Planet, your discoveries allow you to build up your Crew. Hire Specialists and Robots to benefit from their abilities. Attract Empire Emissaries on board, which will entrust you with new missions, worth Credits. Grab your part of the wonders that this new Galaxy is full of, to become the wealthiest explorer !