Summer is here and this is what our staff have been playing!

Every month BHG staff pick out 1-2 of their favorite games to share! We strive to highlight a diverse range of tabletop games!
What would be your top pick this month? 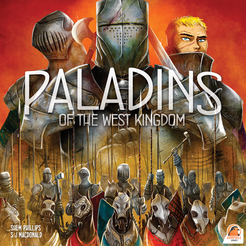 Concordia is a peaceful strategy game of economic development. Players are competing to develop cities in the Ancient Roman Empire, and they must rely on their own strategy and wit to outpace their competitors. By keeping an eye on player movement, players can figure out which goals their opponents are pursuing and work to reach that goal before them. The game ends once all cards have been sold or a player has built their 15th house. The player who has won the most victory points (VP) from the gods wins the game.

In Paladins of the West Kingdom, players are competing to earn the most victory points (VP) by building outposts and fortifications, commissioning monks, and confronting outsiders. By enlisting the help of specific paladins, players can gather workers to help them complete the necessary tasks. Completion of these tasks will increase a player's faith, strength, and influence, factors that impact both the final score as well as the significance of their actions. The player with the most VP after seven rounds wins! 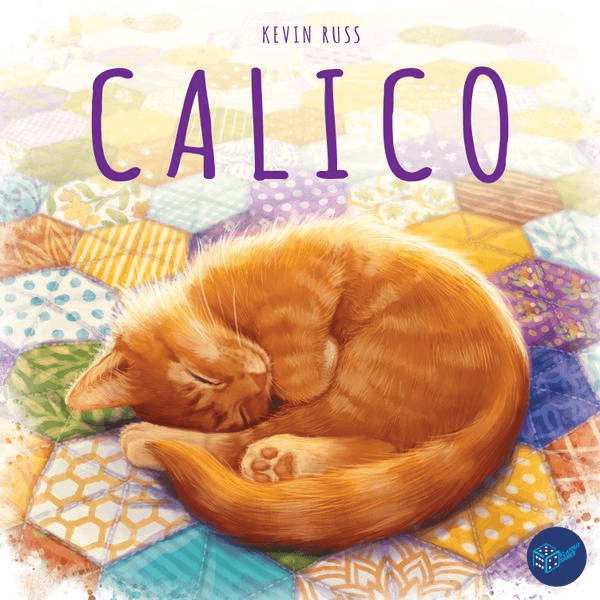 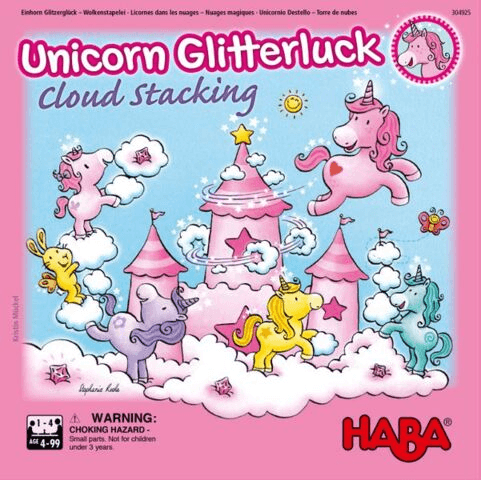 Calico is a puzzle-y tile-laying game of quilts and cats. Players compete to create the coziest quilt by collecting and placing different patches, each with different colors and patterns. Each player will have a pattern they are trying to adhere to, all the while trying to attract the attention of a cat looking for a cozy spot to nap.

In this game, players take on the role of five unicorns who are often visited by their friends in their cloud castle. However, they have too many visitors and need to expand their castle to make more space. Players will work together to stack unicorns and clouds on top of each other, all the while trying to collect all ten cloud crystals. If these goals can be met, players will all win together! 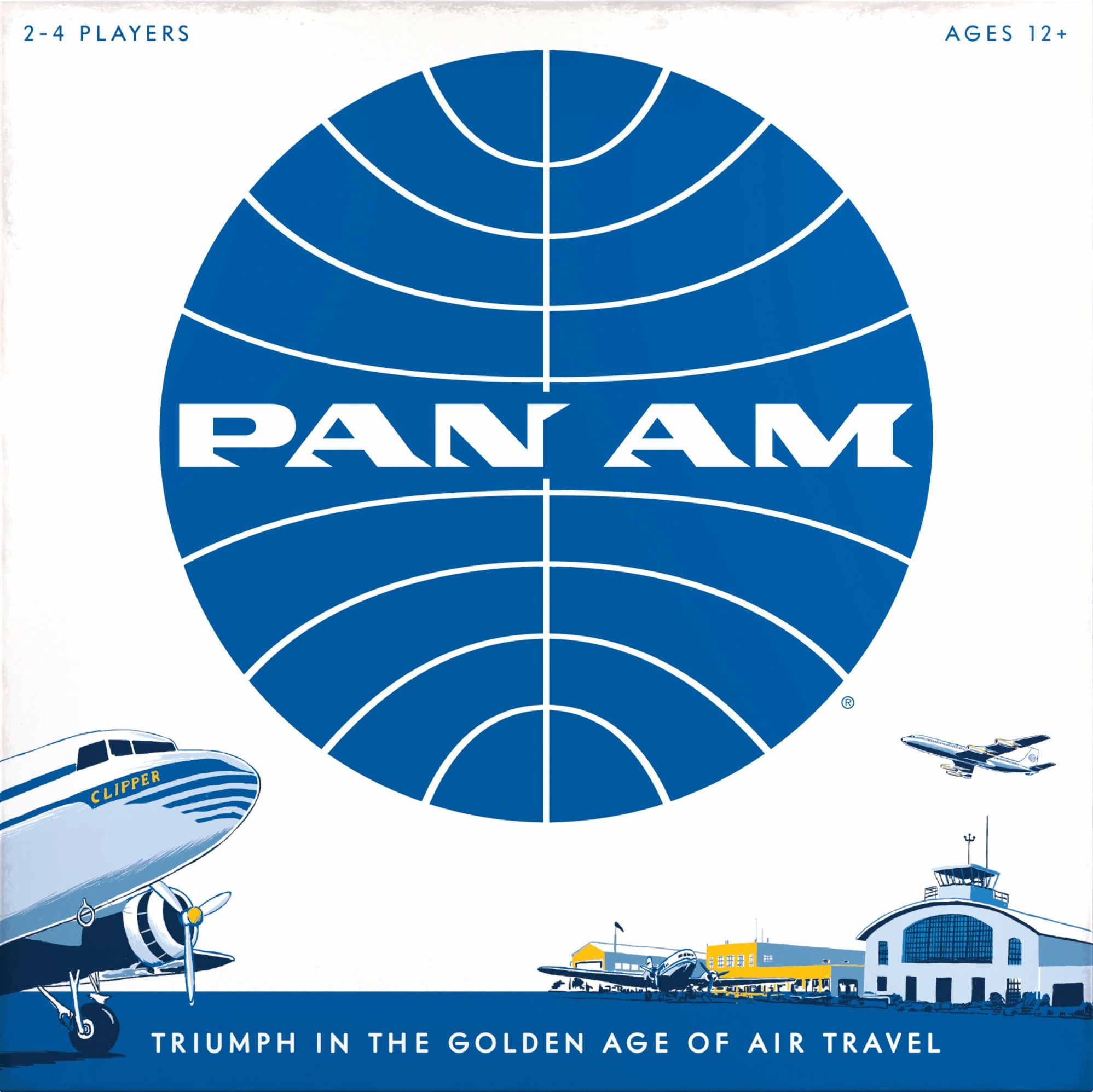 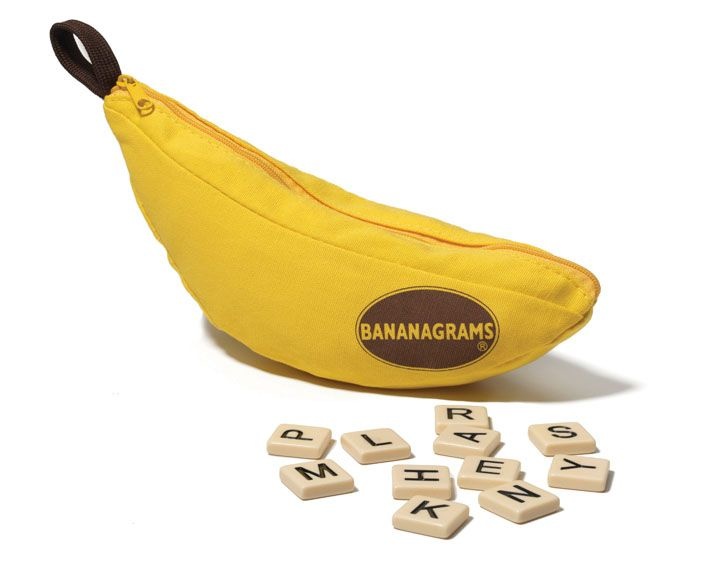 In Pan Am players take on the role of emerging airline companies vying for the champion title currently held by Pan American World Airways. By outbidding your rivals, gain the landing rights to exotic locations, acquire new planes, and develop insider connections to gain information. You can also go the route of profit by selling your assets to Pan Am themselves. Spanning four decades of historic events, Pan Am is a game of global strategy.

In this classic word game, players are racing to create their own "crossword" before their opponents. Everyone is working independently to try and play all of the letters in their hand and forcing everyone else to draw letters once they finish. Once the whole "bunch" has been depleted, players have to try and complete a crossword before anybody else. This game requires no pencil, paper, or board, can be played in as little as five minutes, and includes a variety of variations to keep play interesting!

In Ouch! players are competing to collect the most cactus flowers while avoiding getting pricked! Players will choose one of eight face-down cactus cards, picking it up from one side of the card. After flipping it over, if the chosen side doesn't have cactus prickles on it players get to score the flowers. However, if a player gets pricked, they yell "ouch!" and return the card to the box. Once someone has collected 8 cacti, players count up their flowers, and whoever has the most wins!

No Thanks is a simple game in which you have one goal: end up with the least points. On your turn, you can choose to either take the available card and score the points it is worth. However, if you don't want the card you can pay one of your chips (which are worth -1 points at the end of the game) to say "No Thanks!" Be warned, though, if you're out of chips you have no choice but to take the card, no matter how many points it is worth. 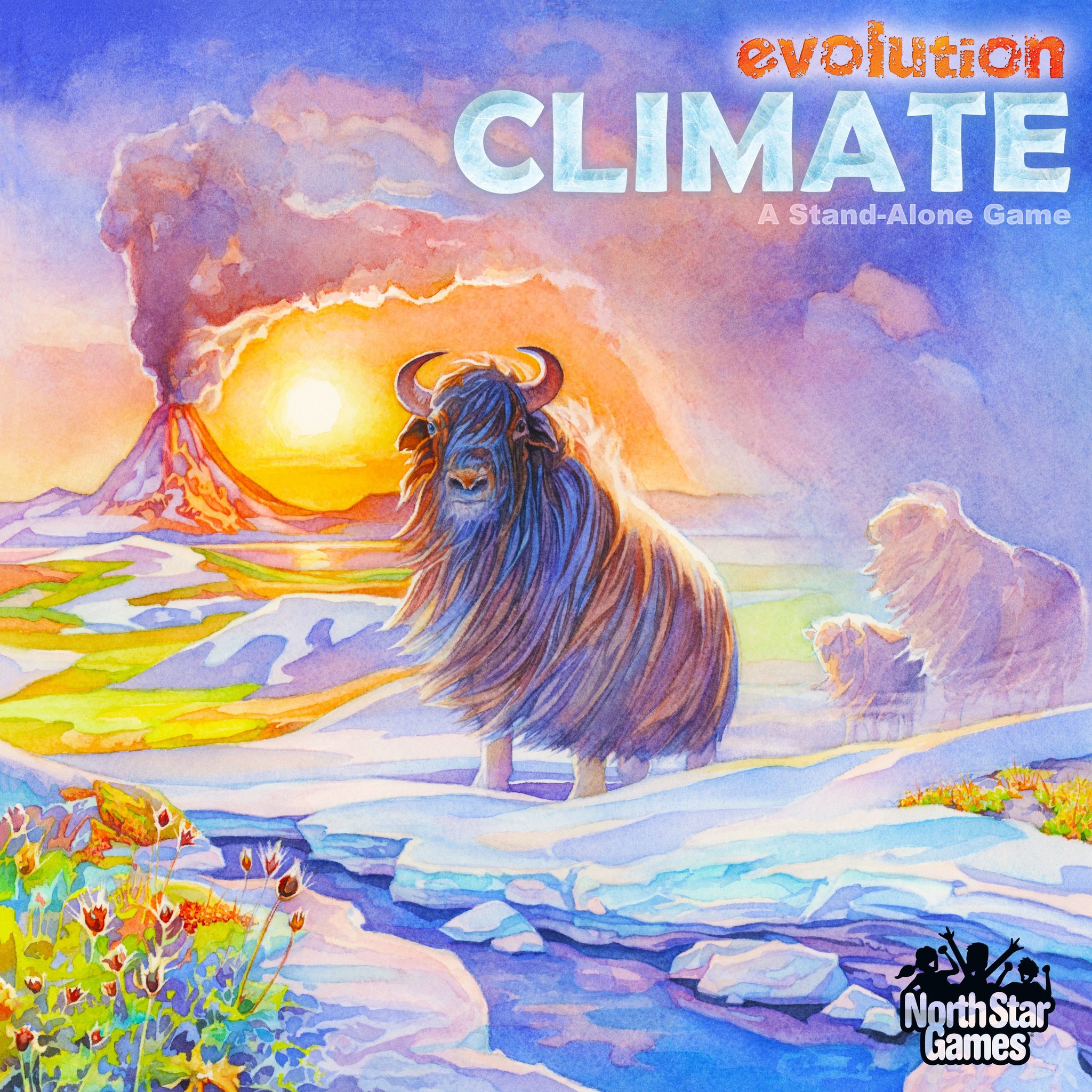 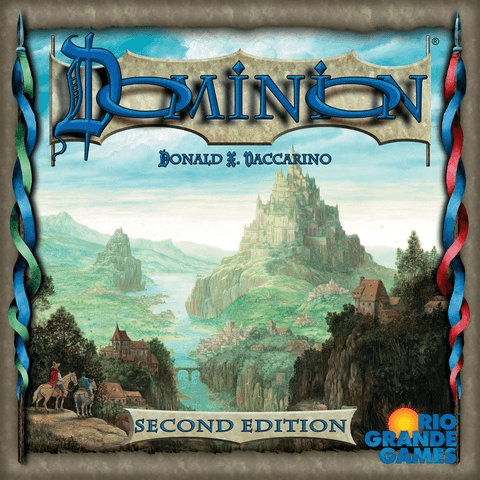 Evolution: Climate requires players to grow and adapt their species in a turbulent ecosystem in which there is little food, plenty of predators, and wildly changing climates ranging from scorching hot to icy cold. Collect traits such as a hard shell or horns to ensure that your species will continue to thrive for future generations. With over 200,000 ways to evolve, every game can end up wildly different!

In this quintessential deck-building classic, players start with a small, identical deck of cards. As turns progress and players collect money, they can choose to buy more cards from the marketplace in the center of the table. Each card allows players to take different actions, and players have to strategically choose when and how to play those cards, all the while buying more cards to fill out their deck. At the end of the game, the player with the most victory points (VP) wins! 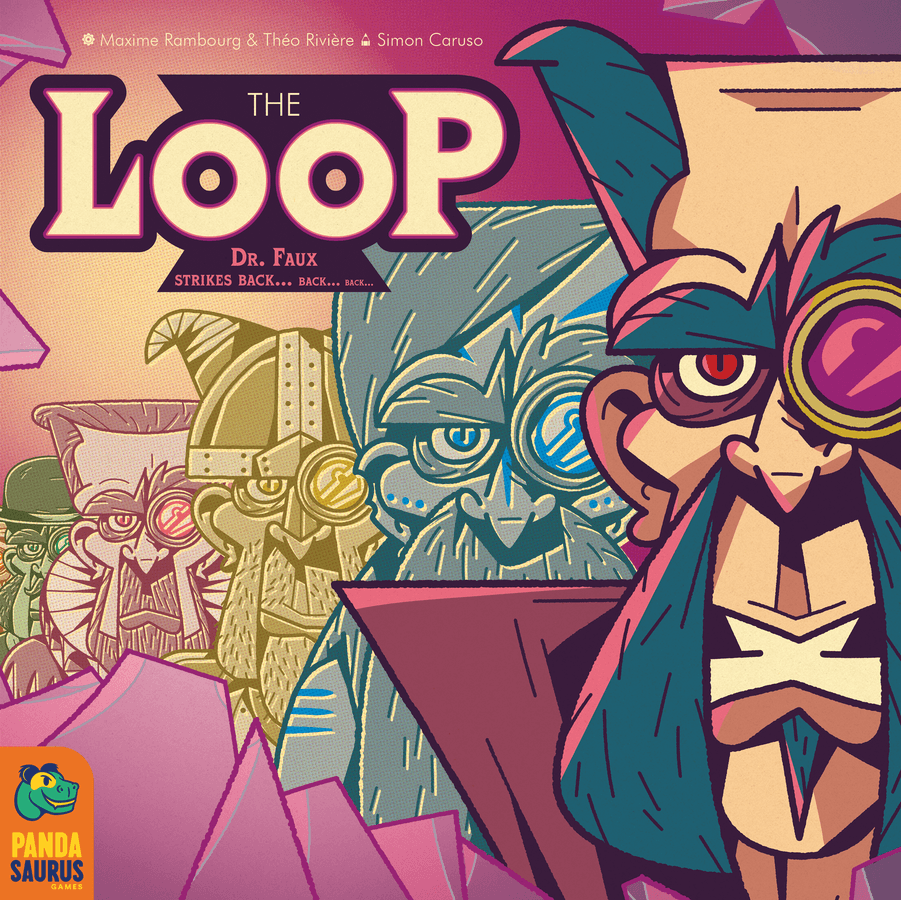 The Loop is a quirky cooperative game where players work together to battle the evil Dr. Faux. Players take on the role of Temporal Agents who are tasked with gathering artifacts, defying Dr. Faux's duplicates, and sabotaging his machine. By collecting and playing cards, players will master the mechanics of the LOOP, allowing them to pull off impressive chains where their cards are activated multiple times. Work together to ensure that Dr. Faux is defeated and his reign of terror is brought to and end!

In Happy Little Dinosaurs, you are a dinosaur who is just doing their best to survive. Players race to either reach 50 points first, or be the last one standing. As play goes on, players will collect disaster cards. If someone collects three disaster cards of one type, or one of three different types, they will be eliminated. Will your dinosuar survive, or will they be crushed by a meteor? Only the cards will say. 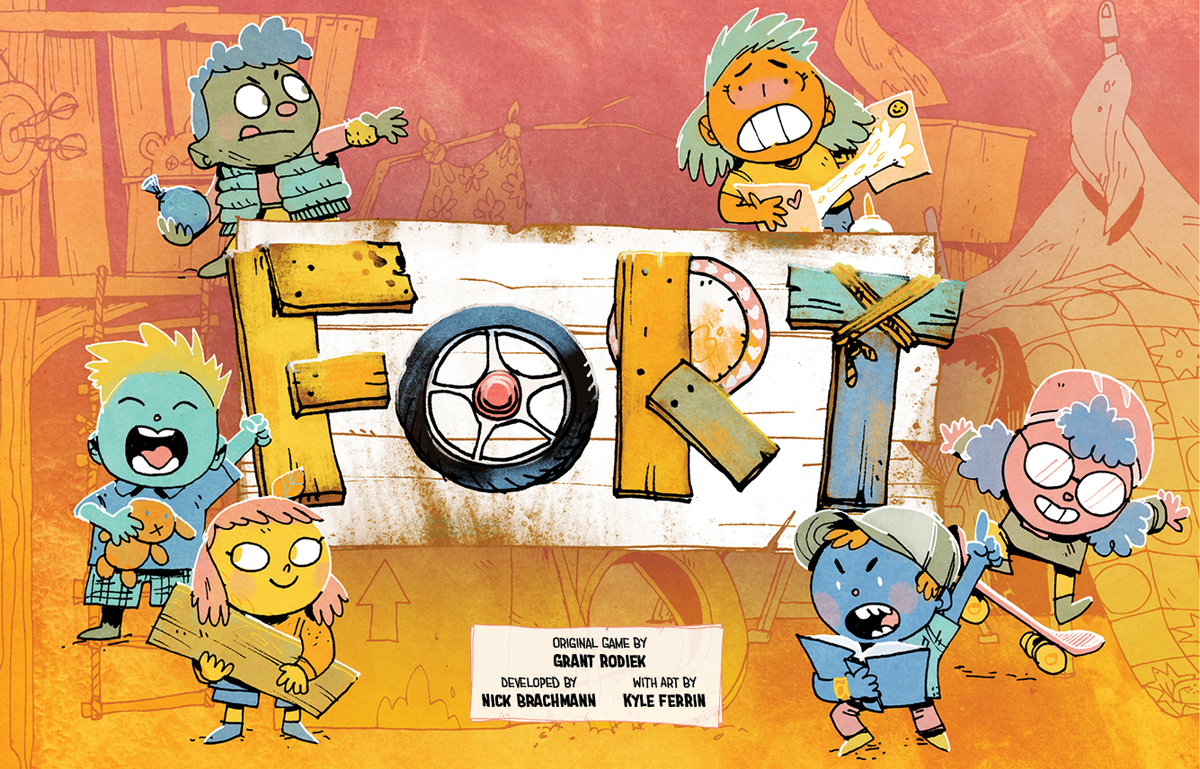 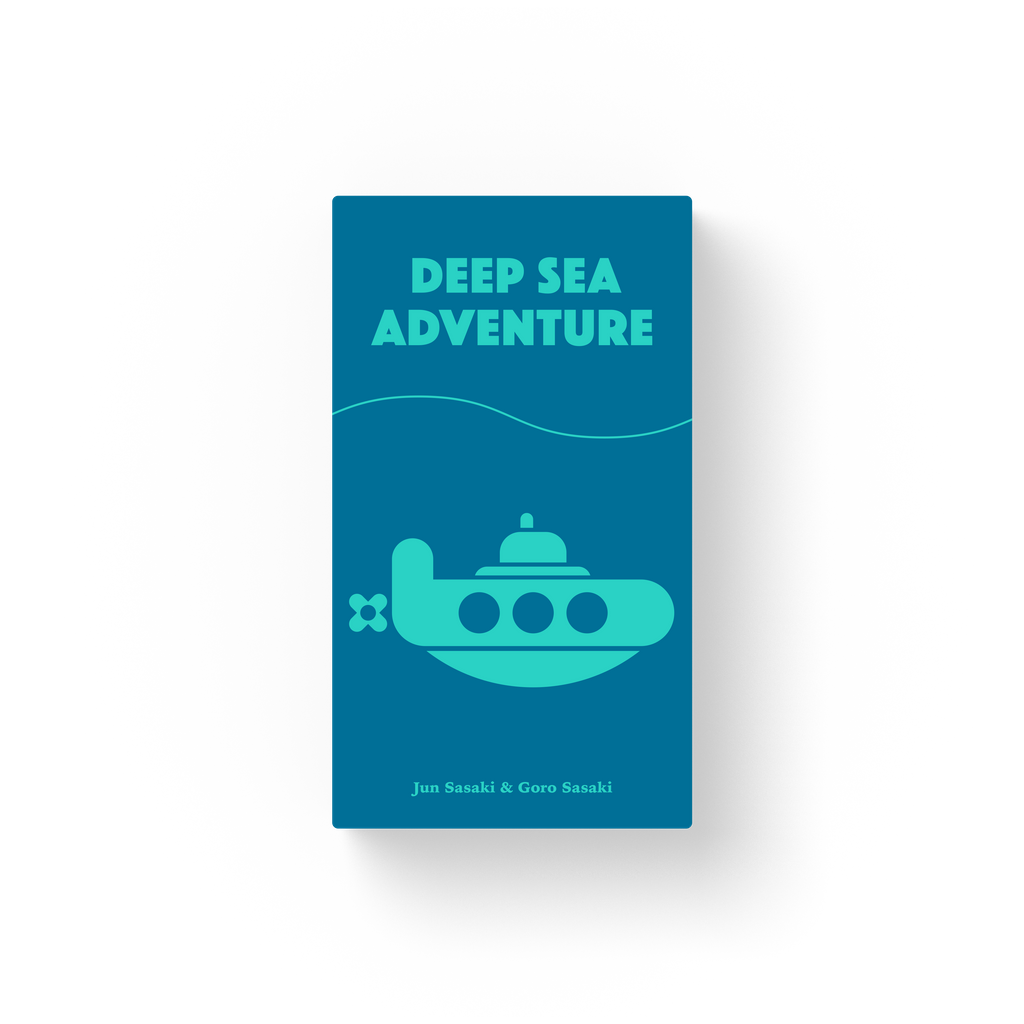 In Fort you are a kid with simple desires, make friends, collect pizza and toys, and build the coolest fort. By doing all of this, you'll score points and gather the resources needed to build your fort and prove to the rest of the neighborhood that you're the coolest kid on the block. However, you're not doing this alone! You have friends to help you, and by collecting different friends you can copy what other players are doing on their turns. With a variety of win conditions, this game can play out differently every time!

Have you ever wanted to explore the depths of the ocean and collect the treasure hidden below? In Deep Sea Adventure, you are a diver doing just that! On your turn you will roll the dice to see how far down you can go, collecting treasure along the way. However, all players are sharing the same oxygen supply. Do you take the risky move and go deeper to collect more treasure, or do you play it safe and head back to the submarine before your oxygen runs out? The player with the most points wins! 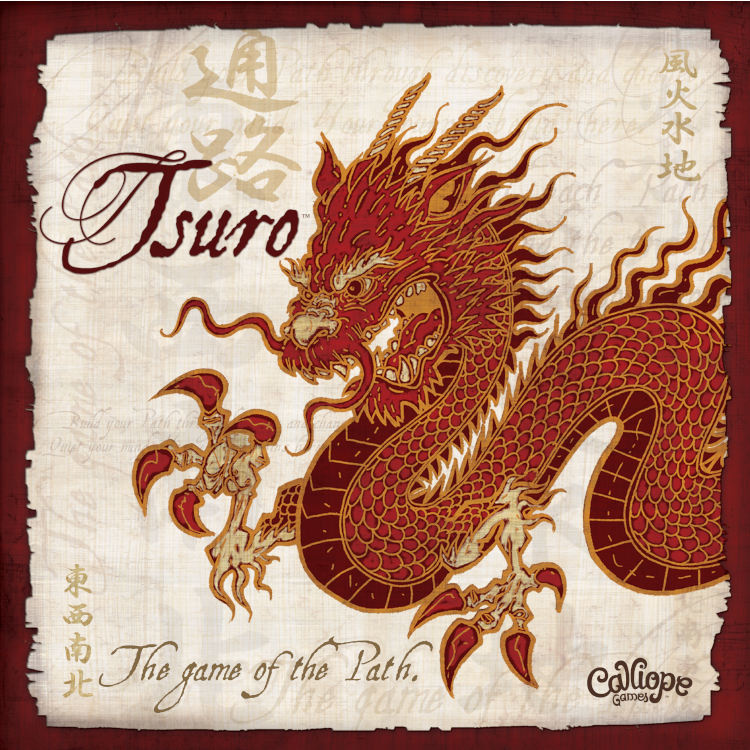 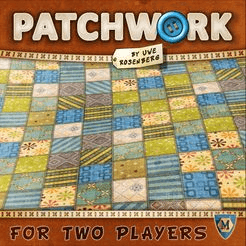 Tsuro is a classic game of abstract strategy in which players take turns laying down tiles to continue the path that their token is traveling. As your token progresses your goal is to be the last one standing on the board. However, another player's tile may move your piece in a direction you didn't want to go. Avoid moving off of the board or crashing into other tokens in order to secure your victory!

In Patchwork, players are competing to fill up as much space on their quilting board as they can by purchasing patches to fill empty space. As gameplay continues players will collect buttons to allow them to purchase different patches, but sometimes the patches that are available simply don't fit on your quilt. It requires a thoughtful strategy and a careful eye to claim both victory and the title of Button Master!