Every month BHG staff pick out 1-2 of their favorite games to highlight! Some are newly released and some have been gracing tabletops for many years.
What would be your top pick this month? 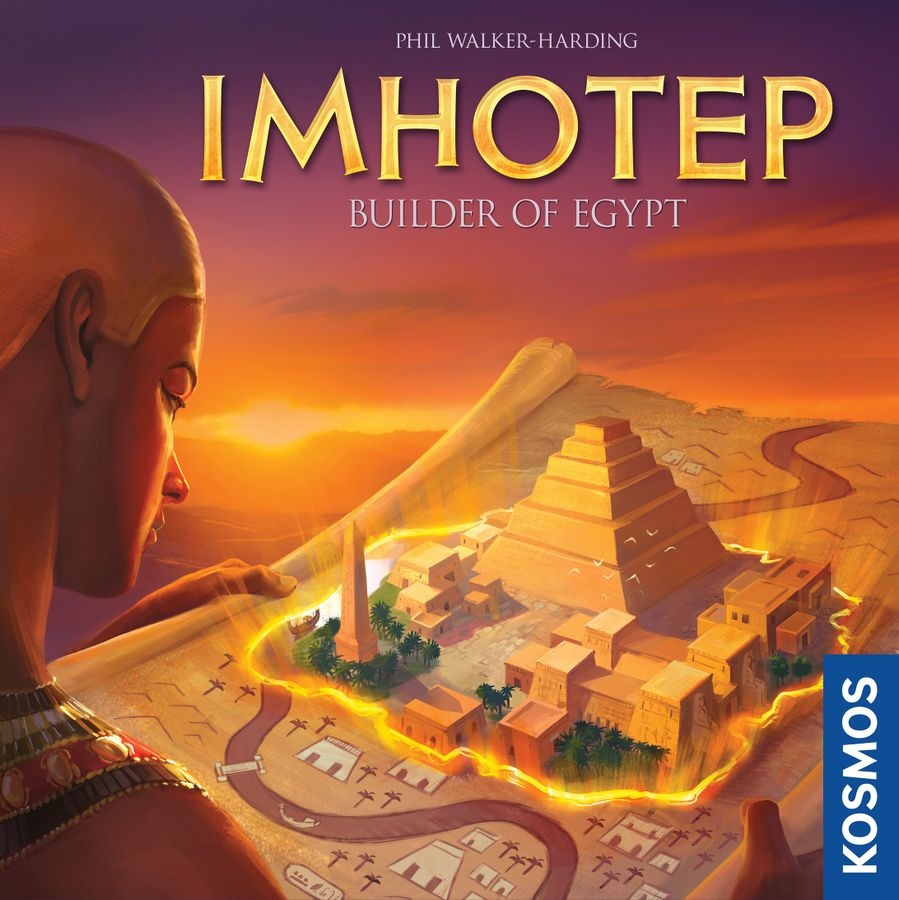 In Friedmann Friese's Power Grid, you are competing to supply the most cities with power before your network reaches maximum size. Grow your network by acquiring resources and bidding against your competitors to purchase the power plants you need to generate your electricity empire!

In Imhotep your goal is to imitate the first Egyptian architect: Imhotep himself. This game is played over six rounds in which you utilize boats to procure and move the stones needed to build five famous monuments. Be cautious, though, as other players will be working to thwart your building attempts and claim the title as their own. 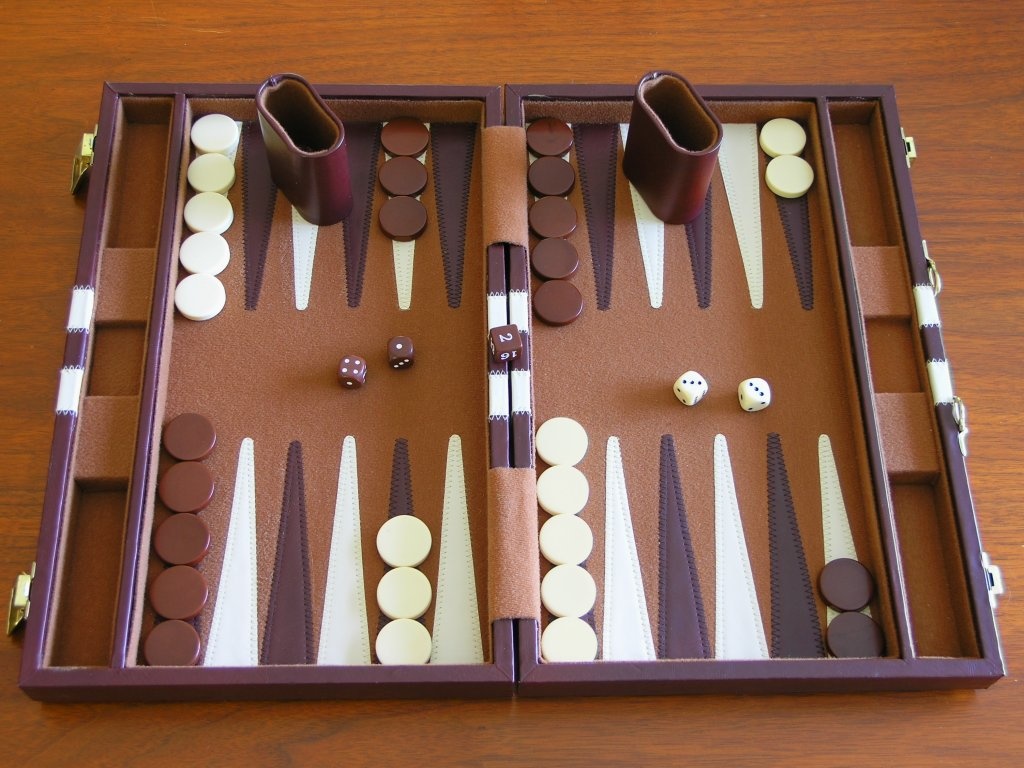 In one of the world's oldest games--dating back to the Sumerians of ancient Mesopotamia--you will be rolling dice with the goal of moving all fifteen of your pieces off of the board. However be cautious, as your opponent can capture your pieces and send them back to the beginning of their journey! Whether you're learning it for the first time or simply looking for a fancy new set, Backgammon still is and will remain a timeless classic.

A winning title from local designers and Blue Highway celebrities! In Point Salad you're working to collect different combinations of veggies to score the most points! Each card has a different scoring mechanism, such as gaining a point for every carrot you have but losing points for each onion. With over 100 ways to score points, the possibilities for this game are endless! 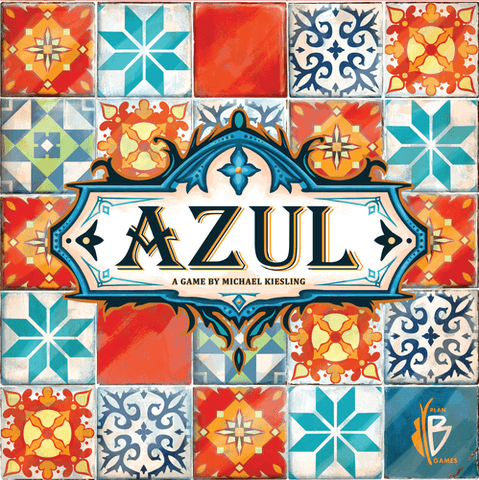 The king of the Gods has fled Mount Olympus, and it's up to you to catch him! In Zeus on the Loose you're working to lay down number cards until they reach a multiple of 10. Once they have, you can grab Zeus! You're not alone in this endeavor, though. You can call upon the powers of Apollo, Poseidon or Hera to help you come closer to catching this sneaky king. The first person to reach the top of Mount Olympus with Zeus in hand wins!

In Azul, your job is to draft a variety of mosaic tiles so that you can embelish the walls of the royal palace. On your turn you will draft tiles from different factories and transfer them to your mosaic. Once a row of your pattern is full you can transfer the tiles to your mosaic and score points based on how you've placed your tiles and what patterns you have collected. The player with the most points at the end of the game wins! 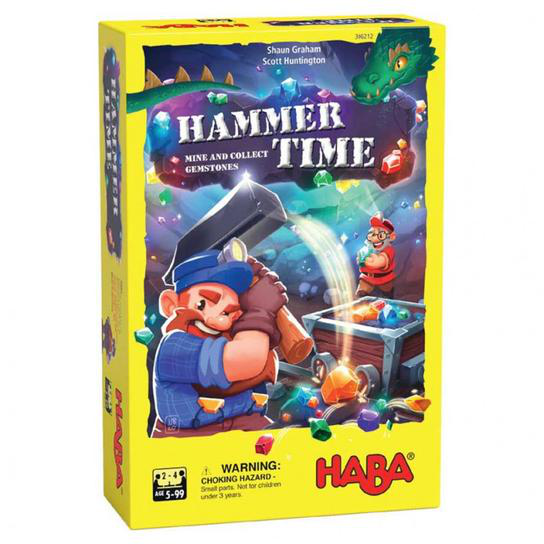 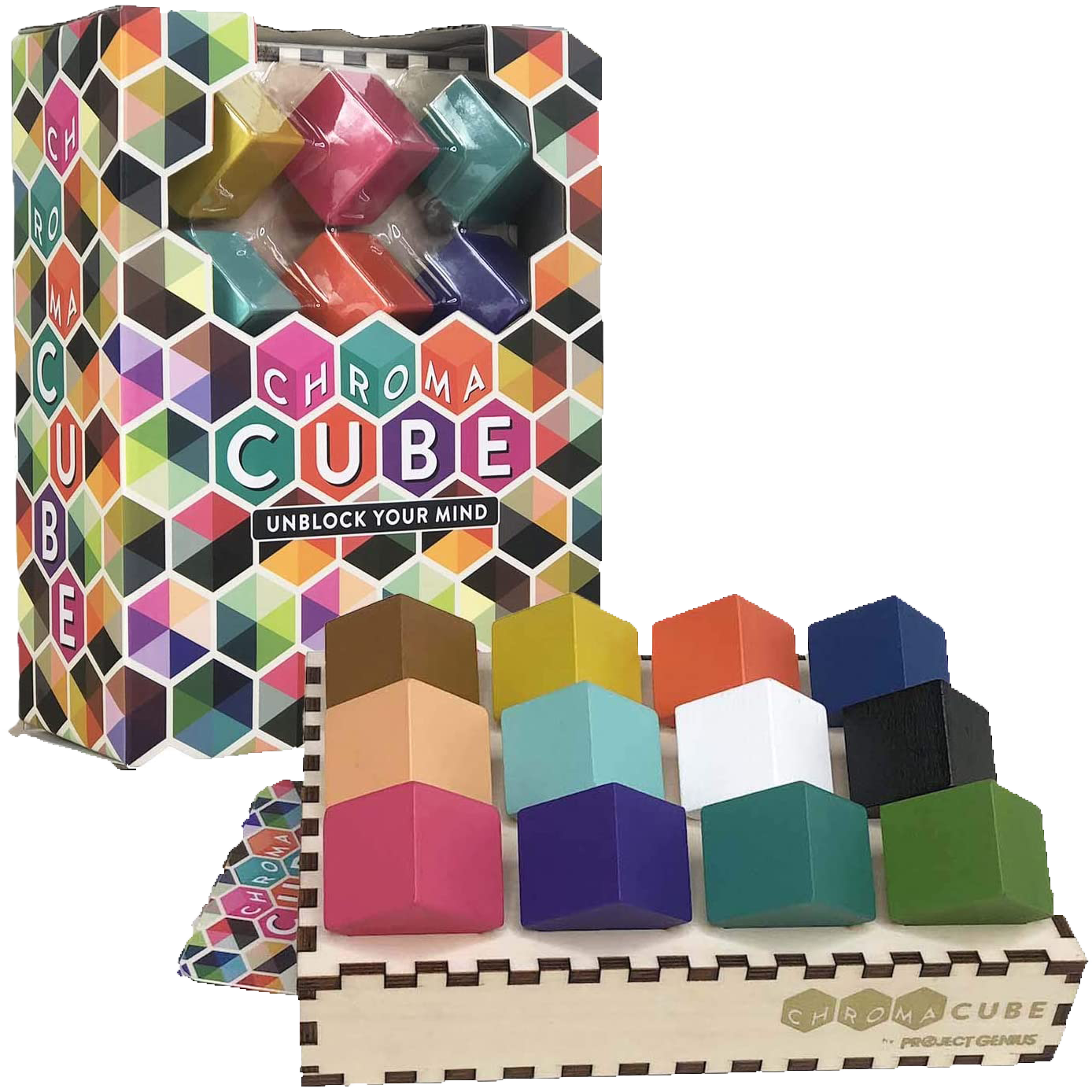 In Hammer Time, you're playing as a dwarf miner working to steal gems from the horde of the fearsome dragon Dragomir. Use the hammer to gently tap tap tap away at the walls of the mine, collecting the gems you need in your wagon. However, don't be too greedy! If you knock too many gems loose Dragomir will wake up and you won't be able to keep any of your treasures!

In Chroma Cube, your job is to follow the clues on each of the puzzle cards to arrange the 12 colored cubes in the correct pattern. However, as you progress through the 25 cards, the clues become far more cryptic and puzzling. With over 400,000,000 potential combinations, you may just find an answer to a puzzle that nobody else has discovered! 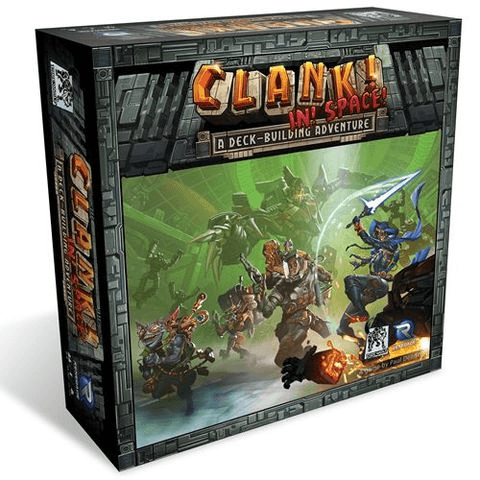 Tyrranical ruler of the galaxy, Lord Eradikus, has amassed quite the collection of treasures; treasures that he doesn't know are about to slip from his grasp. In Clank! In! Space!, you and your band of galactic thieves are on a mission to sneak abord Lord Eradikus' ship and steal his horde of treasures. Make your way through the ship by collecting and using cards, ultimately building a deck that will allow you to hack into Lord Eradikus' command module and make off with all of the loot. Careful though, if you make too much noise, you may fall victim to the evil ruler's cyborg rage.

Sabotage! In The Key: Sabotage at Lucky Llama Land you play as an investigator trying to track down the suspect responsible for tampering with the attractions at the popular theme park. By collecting clues, evidence, tools and crime scenes, you will piece together the numbers of a code and use the corresponding key to bring the perpetrator to justice. However, speed won't guarantee you a win--as only the most efficient investigator can claim victory.

In Ravine, you and your friends are the sole survivors of a plane crash, and now you find yourselves on a seemingly uninhabited island. Now your only job is to survive until rescue comes, staving off hunger and madness along the way. During the day you must risk hearts in order to forage for supplies and food that can help you survive the night. However, if you take too much damage, madness will begin to set in. If everyone loses their hearts, you lose. However, if even one survivor makes it until the rescue copter comes, the whole team claims victory.

In Kingdomino, you play as a lord looking to expand their kingdom. Each turn players will select a new domino tile to add to their existing territory, connecting it to a tile with a matching landscape. Whoever picks first in one round will then pick last in the following round. Once each player has completed their 5x5 territory, you will score points based on how many crown symbols you have in each connected landscape.

Are you secretly a tiny masked garbage thief in disguise? Then Trash Pandas is the game for you. In this game players are raccoons rummaging through trash cans to collect food and other shiny treasures. By pushing your luck you can acquire more cards--or risk collecting nothing that turn. Once the deck runs out, players compare their stashes to reveal who collected the most of each grimy treasure. The raccoon with the most points wins!

In Dizzle, players are working to fill their scorecards by collecting the dice they need each round. Take turns selecting dice from the pool in the center of the table to match the available spots on your scorecard. However, other players may be in need of the exact same dice as you. At the end of the round, score points based on the slots you have filled in on your scorecard! 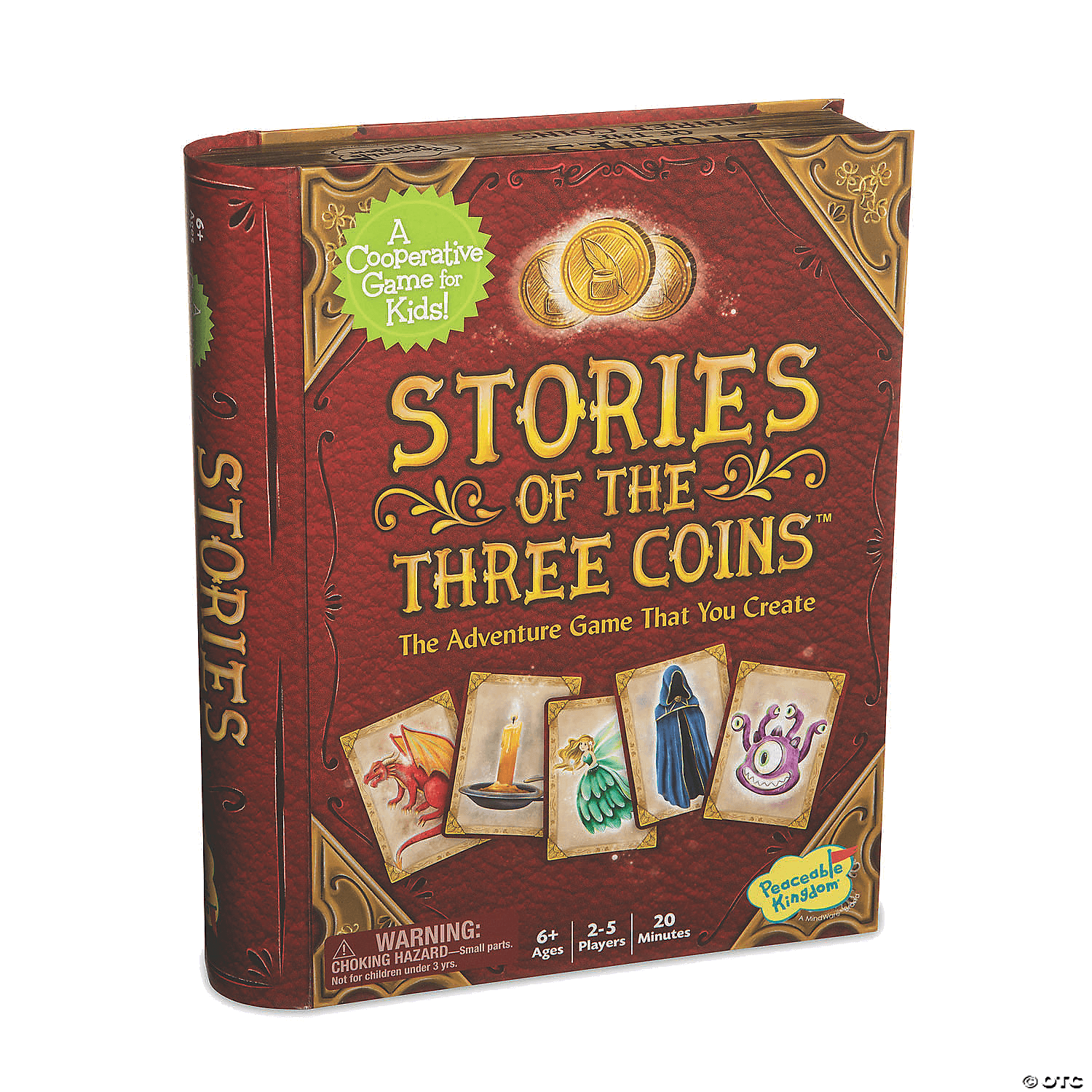 Welcome to the land of Storia! In Stories of the Three Coins, players work together to tell the story of how their traveler achieves their happy ending! However, the storyteller has to be able to guess where the rest of the group thinks the story should go. With a deck full of characters and objects, the possibilities of where your tale could lead are endless!

Are you ready for a daring adventure to collect a legendary flying machine from the ruins of an ancient desert civilization? In Forbidden Desert, players work together to navigate through the desert to collect the pieces of the flying machine. All the while, you must work with your teammates to use the available resources to survive the treacherous desert climate and the raging sandstorm. Find the flying machine and escape before the sandstorm entombs you alongside it! This game is a thematic sequel, and a slightly more strategic continuation of Forbidden Island, and is a spiritual precursor to Forbidden Sky.