Curious as to what the BHG staff is loving right now? Look no further! 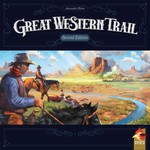 Remember the old days in the West? Well, the times they are a-changing’! From new solo opponent to incredible landscapes, you won't know where to start. And there is a new herd of cows for you to sell!

Great Western Trail is the critically acclaimed game of cattle ranching by Alexander Pfister. Players attempt to wrangle their herd across the Midwest prairie and deliver it to Kansas City. But beware! Other cowboys are sharing the trail with you. We invite you to saddle up! 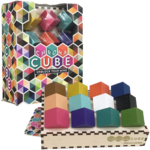 The 12 wooden cubes may look innocent enough while sitting in their tray, but figuring out what cube belongs in which spot can be quite the challenge. Try to decipher the cryptic clues on any of the 25 puzzle cards that accompany this set to determine how the colors should be arranged. If you're stumped, don't worry! The answers to each puzzle are on the back of the card. 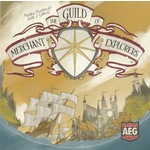 Start with a single city, then explore a new land for treasure and more.

Shuffle the deck of terrain cards, then reveal most of these cards one by one. Based on the terrain revealed, each player places on their board cubes that are connected to their starting city or other cubes. You want to complete areas on your board, cross the seas to new land, and establish new cities on the board. You can explore capsized ships for treasure — which gives you special placement capabilities — and create linked connections between locations to score bonus points. Common objectives can be completed by all players, with those who complete it first scoring more points.

At the end of a round, all cubes are removed from each board, leaving only the cities behind, so if you don't establish new cities, you'll be stuck in the same places. 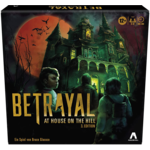 Explore a haunted house as a team....until one of you turns against the rest.

The House on the Hill still sits abandoned, and fearless group of explorers has been drawn to the house to discover its dark secrets. Immerse yourself in the narrative gameplay as you take on the role of one of those explorers.

This co-operative board game includes fifty haunts and dozens of danger-filled rooms that will terrify even the strongest among you. At first you'll work together, but beware...one explorer will betray the others and then the haunt begins.

This edition of the popular haunted house traitor game features content and gaming elements that help new players jump right in. So gather friends for a game night of monsters, miniatures, and modular board pieces in this immersive, story-driven hidden traitor game. 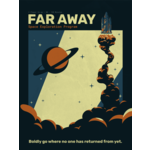 Far Away is a two-player cooperative board game about discovery, survival, and the crushing loneliness of being the only two humans for lightyears.

Join the Federation Alliance, a bureaucracy with an ambitious charter of mapping new worlds and a minimalist budget. Succeed in a variety of missions on randomly generated worlds with unique ecosystems, without luxuries like radios, landing gear, and medical supplies. Trust in your partner is paramount since, without radios, you can’t communicate (in real life) after separating on the game board.

Survive, and you’ll be rewarded with a meager paycheck. Succumb to the planet, and you’ll find help is too Far Away.

WA LOCAL: Cherry Picked Games has a team of designers based in Seattle!

Act fast when the flipped card actually is that taco, cat, goat, cheese or pizza!

A card game filled to the brim with hand-slapping mayhem! Each player places a card from their hand face up into a community pile while saying taco/cat/goat/cheese/pizza in player sequence. When the card matches the mantra — boom! — everyone slaps their hand on the deck, with the last one to slap picking up the cards. Whoever rids themselves of cards first wins!

For extra fun, special action cards – the gorilla, narwhal, and groundhog — force players to make certain gestures before racing to slap the deck! 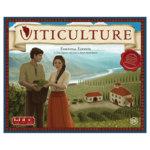 In Viticulture, the players find themselves in the roles of people in rustic, pre-modern Tuscany who have inherited meager vineyards. They have a few plots of land, an old crushpad, a tiny cellar, and three workers. They each have a dream of being the first to call their winery a true success.

The players are in the position of determining how they want to allocate their workers throughout the year. Every season is different on a vineyard, so the workers have different tasks they can take care of in the summer and winter. There's competition over those tasks, and often the first worker to get to the job has an advantage over subsequent workers.

Fortunately for the players, people love to visit wineries, and it just so happens that many of those visitors are willing to help out around the vineyard when they visit as long as you assign a worker to take care of them. Their visits (in the form of cards) are brief but can be very helpful.

Using those workers and visitors, players can expand their vineyards by building structures, planting vines (vine cards), and filling wine orders (wine order cards). Players work towards the goal of running the most successful winery in Tuscany. 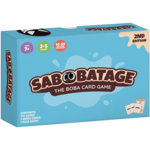 Have you or a friend ever said, ‘I wish I had a boba shop and could drink boba all day?’ Make those dreams come true with this card game that’s fun with your friends and perfect for the whole family.

Sabobatage is a fast casual, strategtic tabletop card game where each player is a boba shop owner. Complete with your friends and family to be the Best Boba Shop in town. The first player to create 5 drink sets wins! 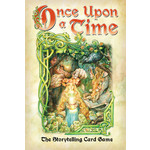 Once Upon A Time - Story-Telling, Family, Card Game

Be the first to play out your cards while building a crazy fairytale from scratch.

Once Upon A Time is a game in which the players create a story together, using cards that show typical elements from fairy tales. One player is the Storyteller and creates a story using the ingredients on their cards. They try to guide the plot towards their own ending. The other players try to use cards to interrupt the Storyteller and become the new Storyteller. The winner is the first player to play out all their cards and end with their Happy Ever After card.